My tribute to the Bedford Indiana Burger Chef

Many Thanks to Betty and Dale Hopewell (Owners) for all the B&W photos! below, Dale from my 1999 visit, supervising the cooking, he is on the left. below, What a Great Visit to a working bc (Pleasers), everything was a close to bc as possible!! Putting burgers on Grill in 1999, at Bedford Pleasers, Dale Hopewell, original equipment from 1969 !! above, Betty working the front line, they both worked  Pleasers closed Spr 2004.

All three are pics I took, wish they were still OPEN, building is gone...

Dale and Betty are retired now, Wishing them the best!!

Notice the Bedford Limestone instead of the black lava rock (normally used).  They got special permission for it. Below, July 4th 1978 in downtown Bedford IN passing by Burger Chef, photos from Misty C.  Thanks!!! 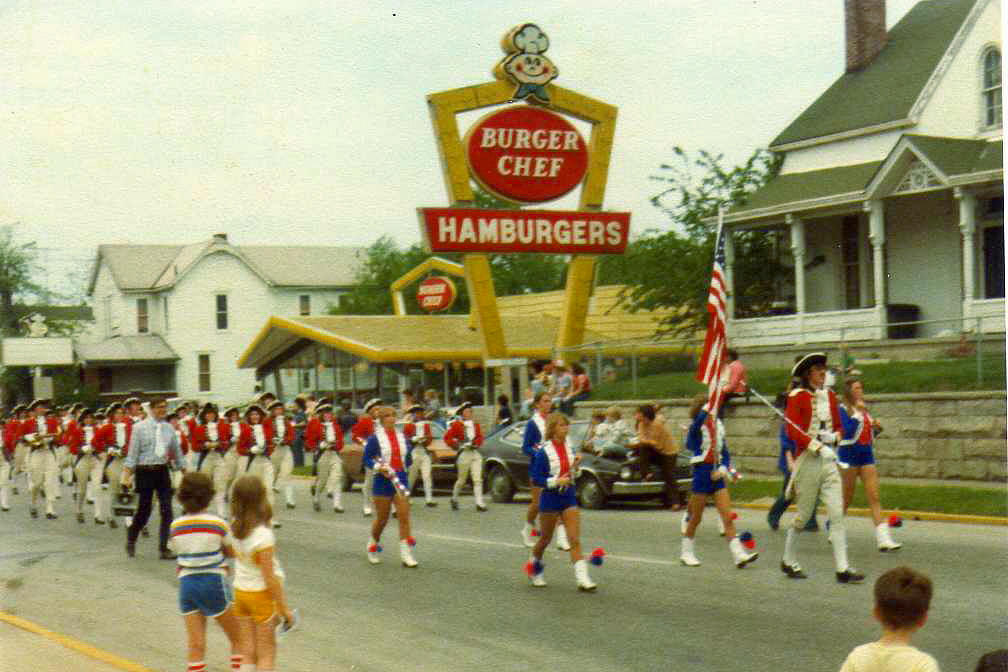 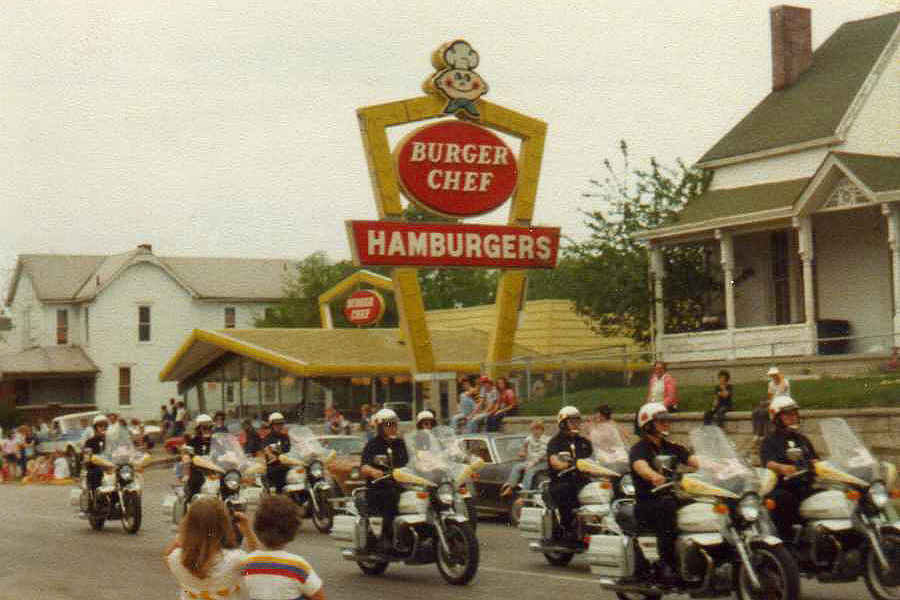 Below is the Bedford bc after they changed to Pleasers (involuntarly), this occured in 1984.

They still used the old "B-2" Broiler to cook their burgers like original days!

I had previously visited them about 1997. The restaurant has been torn down, it was closed spring 2004.

Below is another picture of the newly opened Bedford bc, it is interesting July 2000, Below is the Pleasers sign, it was converted by Grate Signs from the Hat Logo Signage (1979) Below is a picture of the Bedford Pleasers Restaurant (July 2000). Paul Browning (original burgerchef.com) went to visit in 1997 too.

below, Two Pictures that were posted on eBay from the old Bedford Indiana Burger Chef. 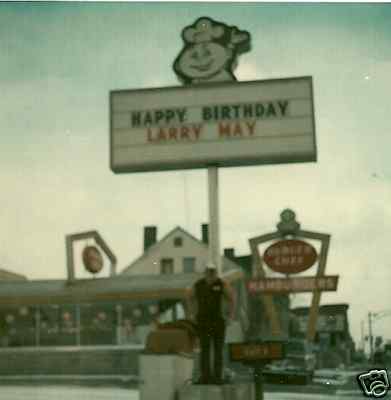 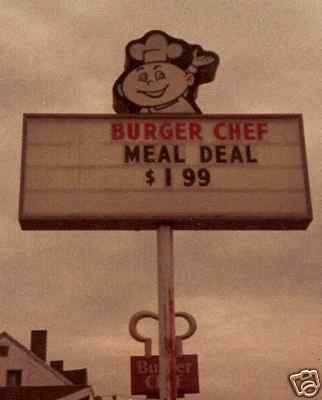 They were selling the little chef from the top that was removed in 1984. The Pleasers was dorn down and a new shopping center is there now.