Below is dated on the pic Thur, Apr. 27, I googled the year as 1967.  These are all from Training film strips, I cut them a part and scanned them... 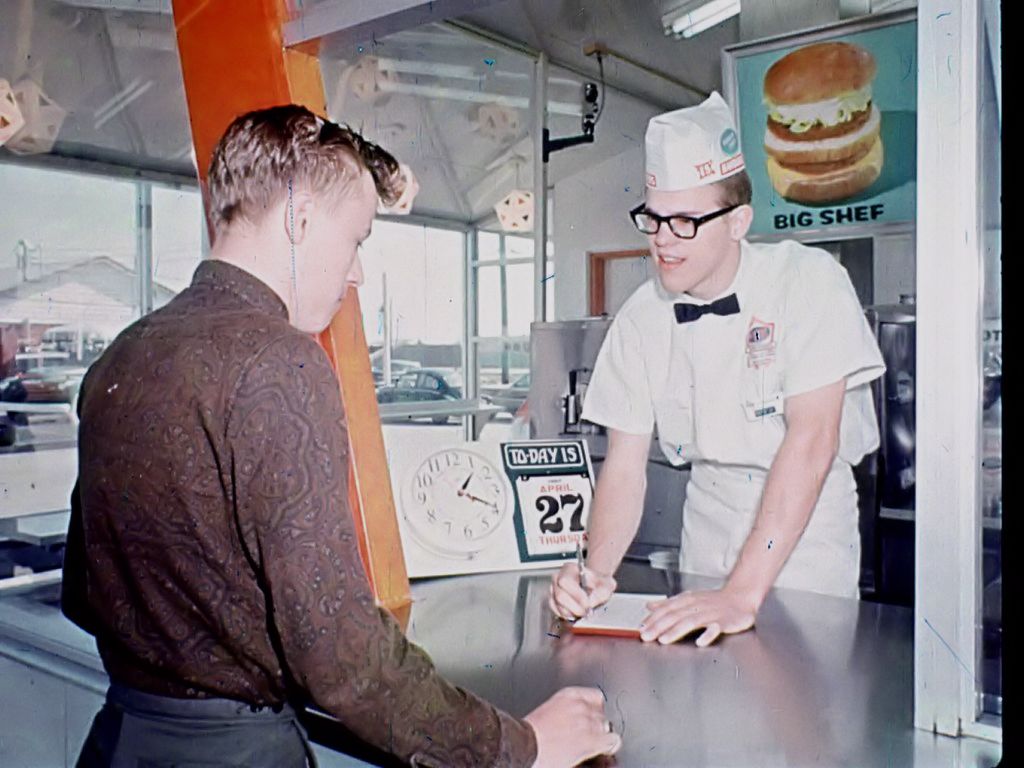 Below, same guy as above sitting at base of sign, anyone know what this street is in Indy? Would be 1967. 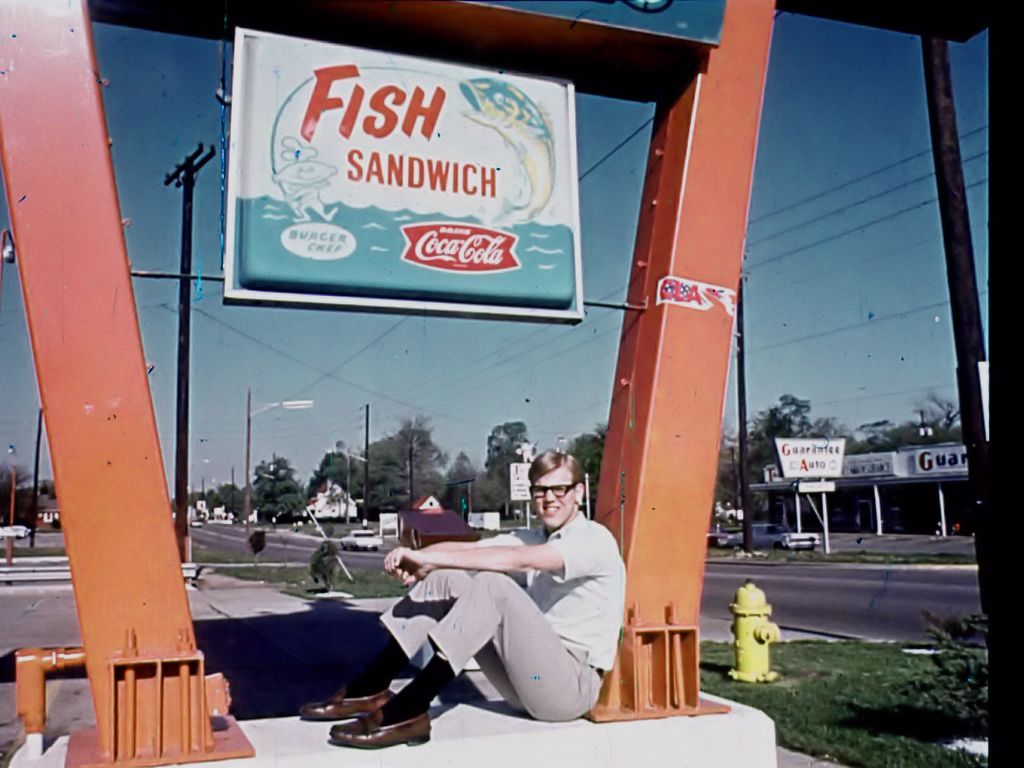 Below is a neat shot, different look with the big sign going towards street, and idea where in Indiana? Probaly 1967 too, new built with new booths across front. 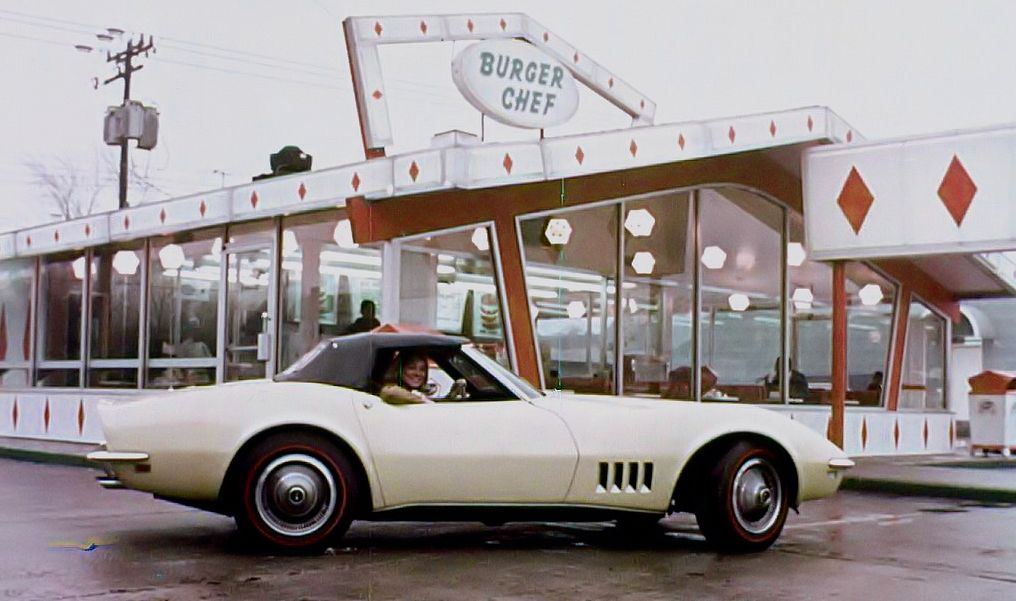 Same location as above, new corvette, cameo of owner or manager?  Indy were all company owned, could be town near by...anyone know these people? 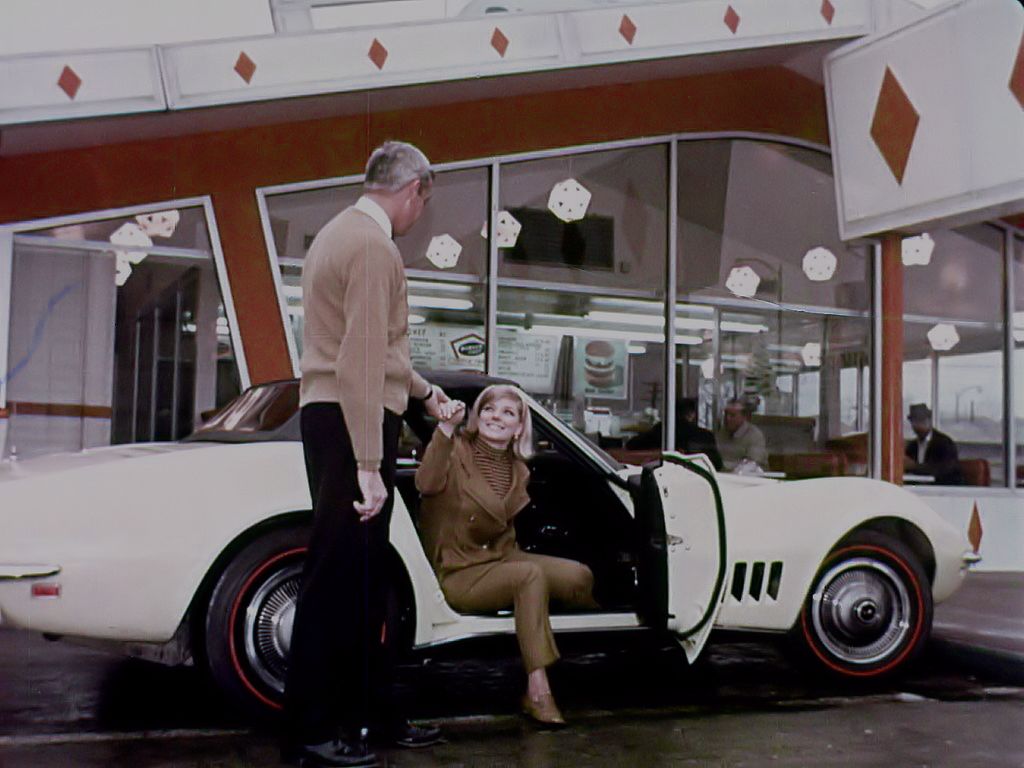 Below is same as above, someone I bet knows where this was, Looks like a Pizza place next door, it in Indy or surrounding area... I've not seen the extra white sign with diamonds going from store to street like this? 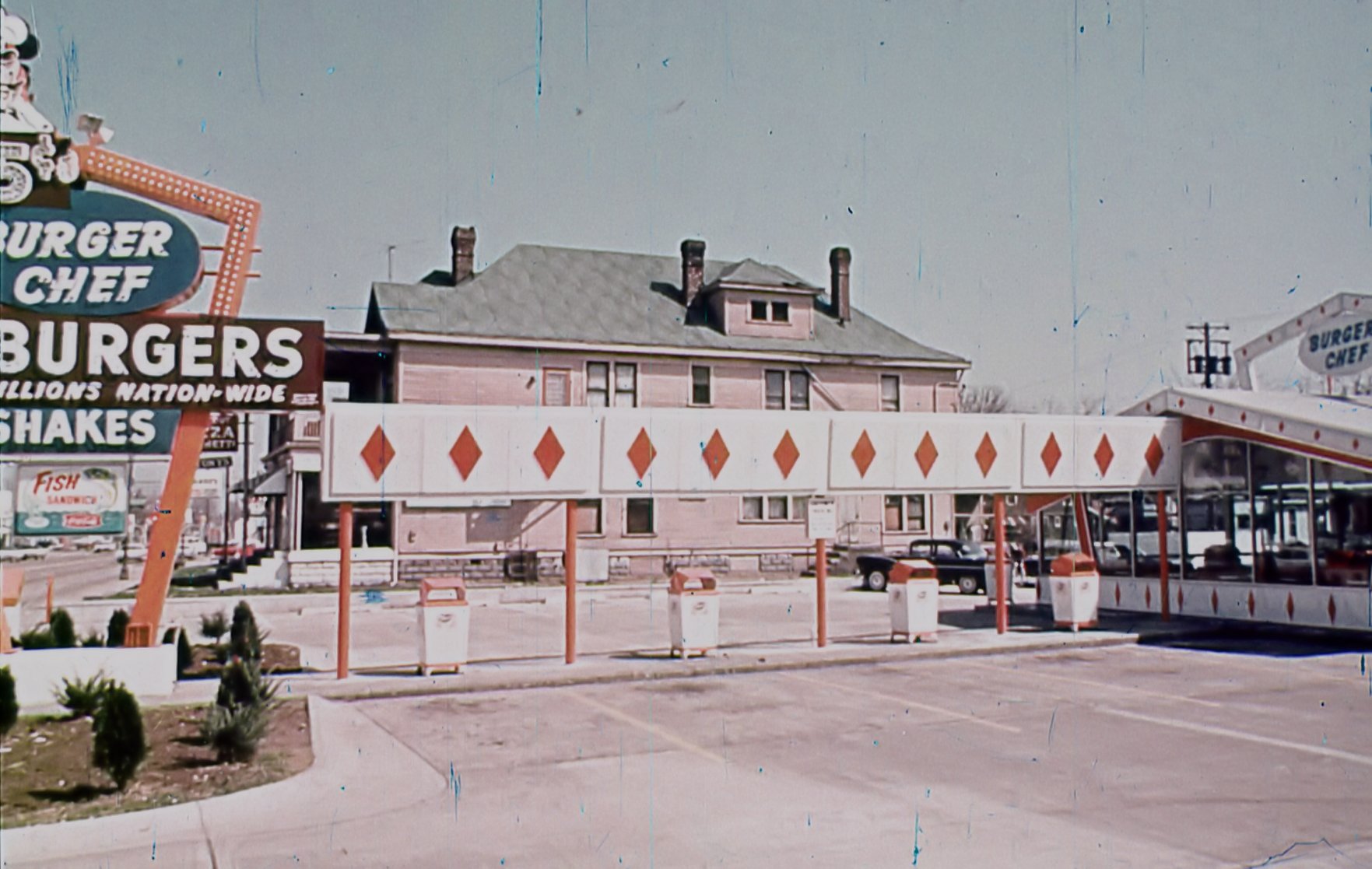 I think this is poss the same location as above, esp given the female workers, which didn't begin until after 1967 or so... 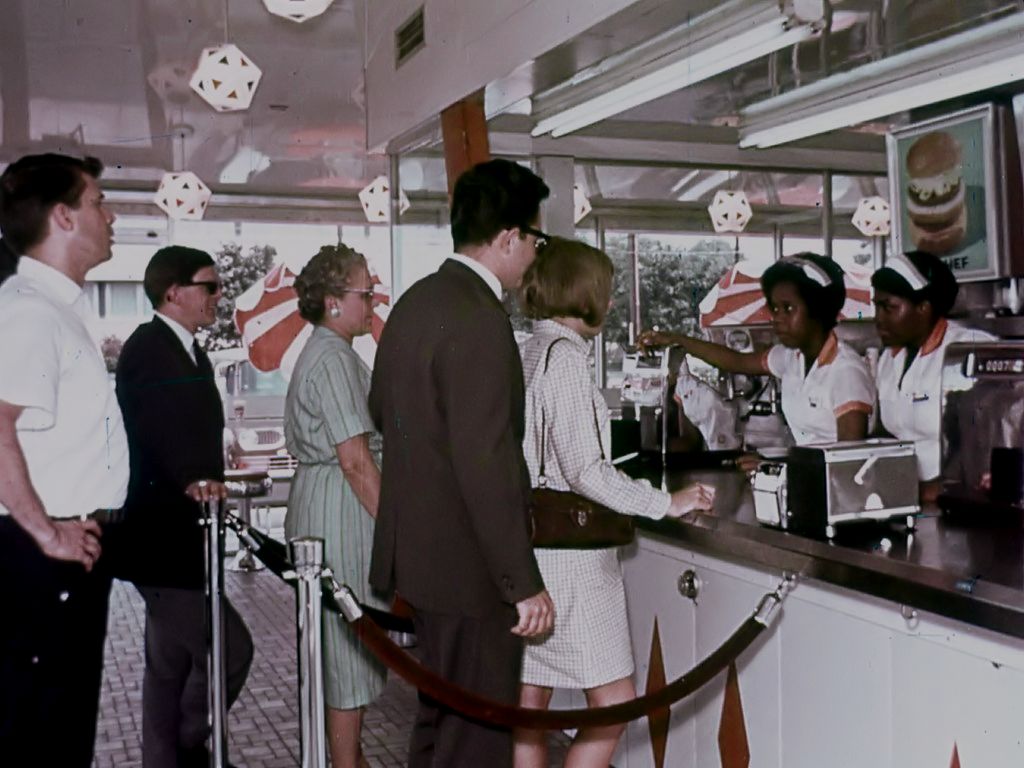 below is clasic 1963 or 64 design, front added after it was built, glass at counter gives it away...these were closable windows removed. 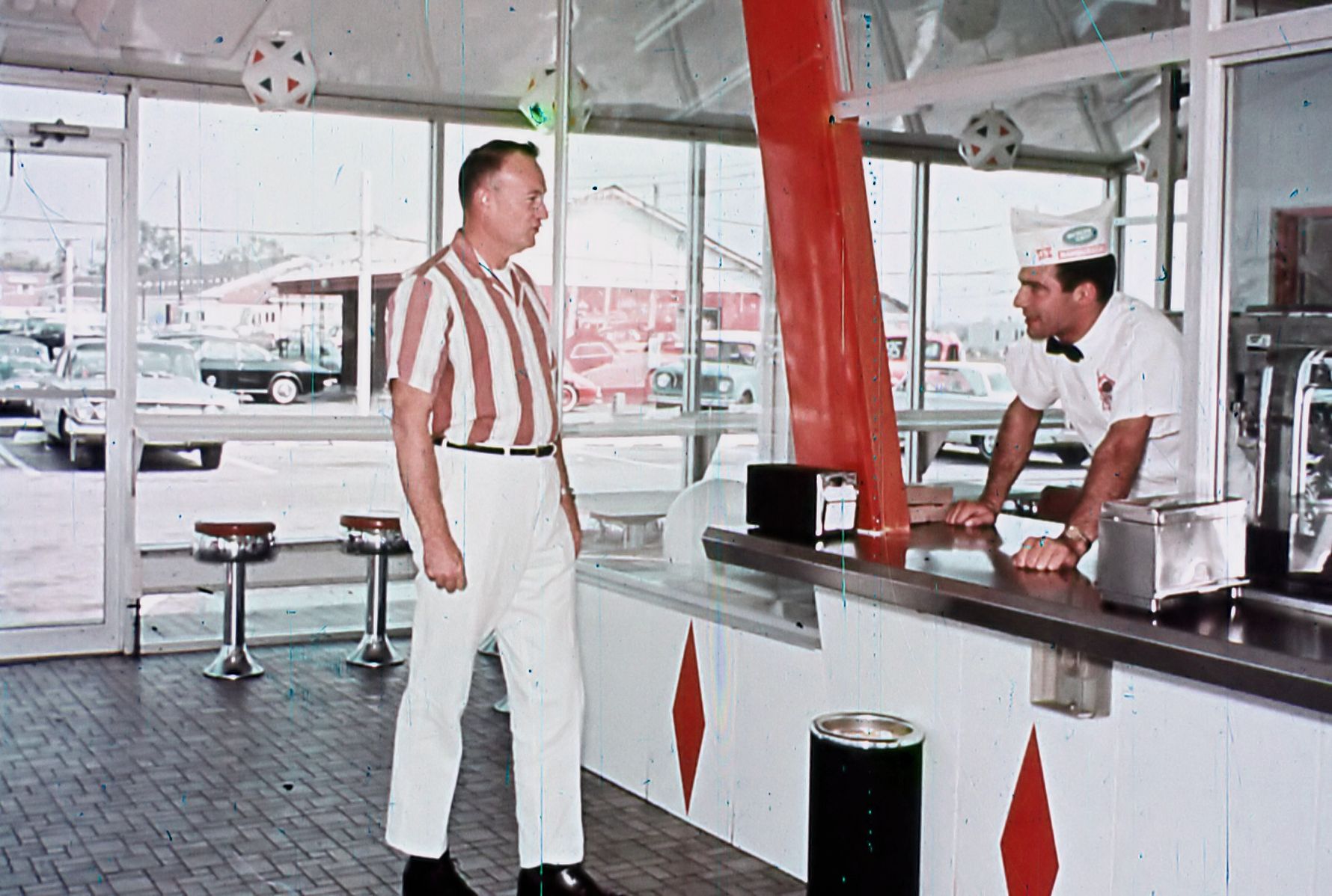 Below is the same as above, built then remodeled, see glass is past the "kite", this says remodel, new ones built had exposed "kite". 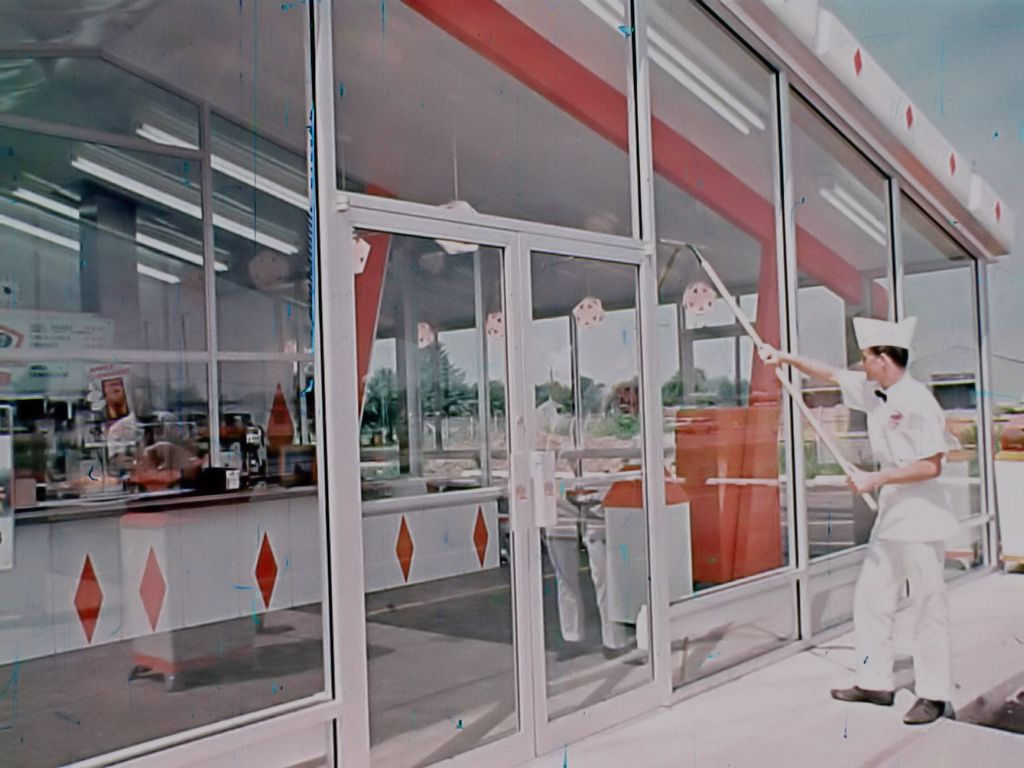 below, side light facia was installed after 1965, or added to already built stores after 1965... new cans from Lawson Company about 1965, "Keep It Tidy"decals. 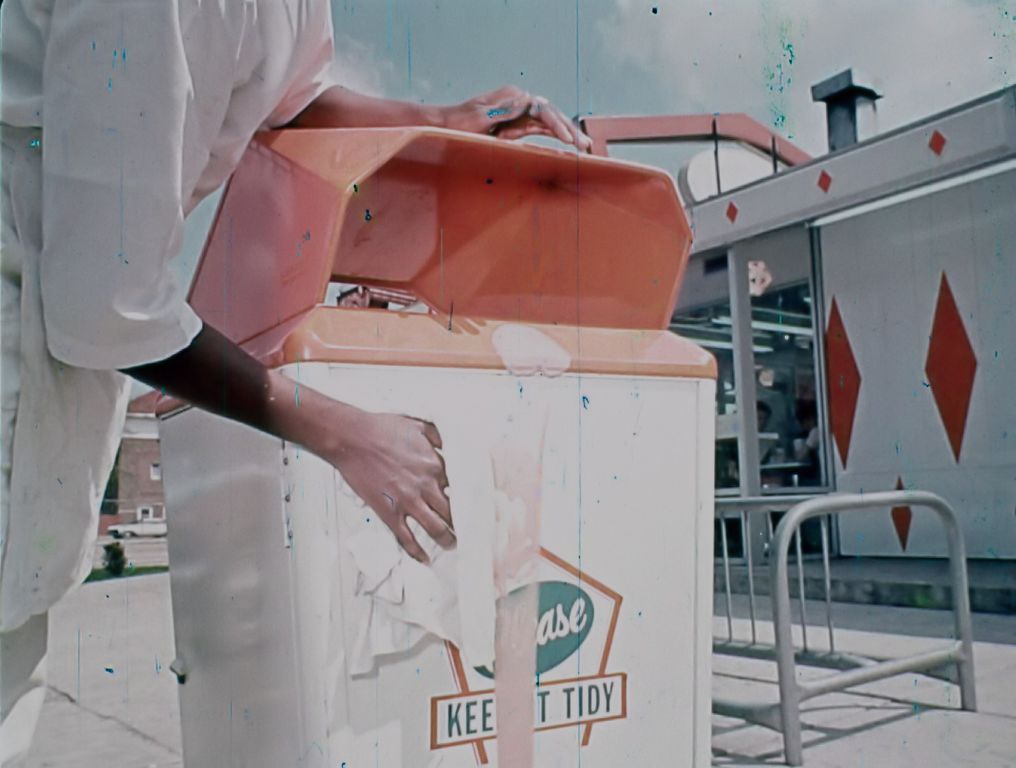 below, Indy store 1965, man those signs were huge... 15 cents stayed on signs until price were raised about 1967, covered up after that. 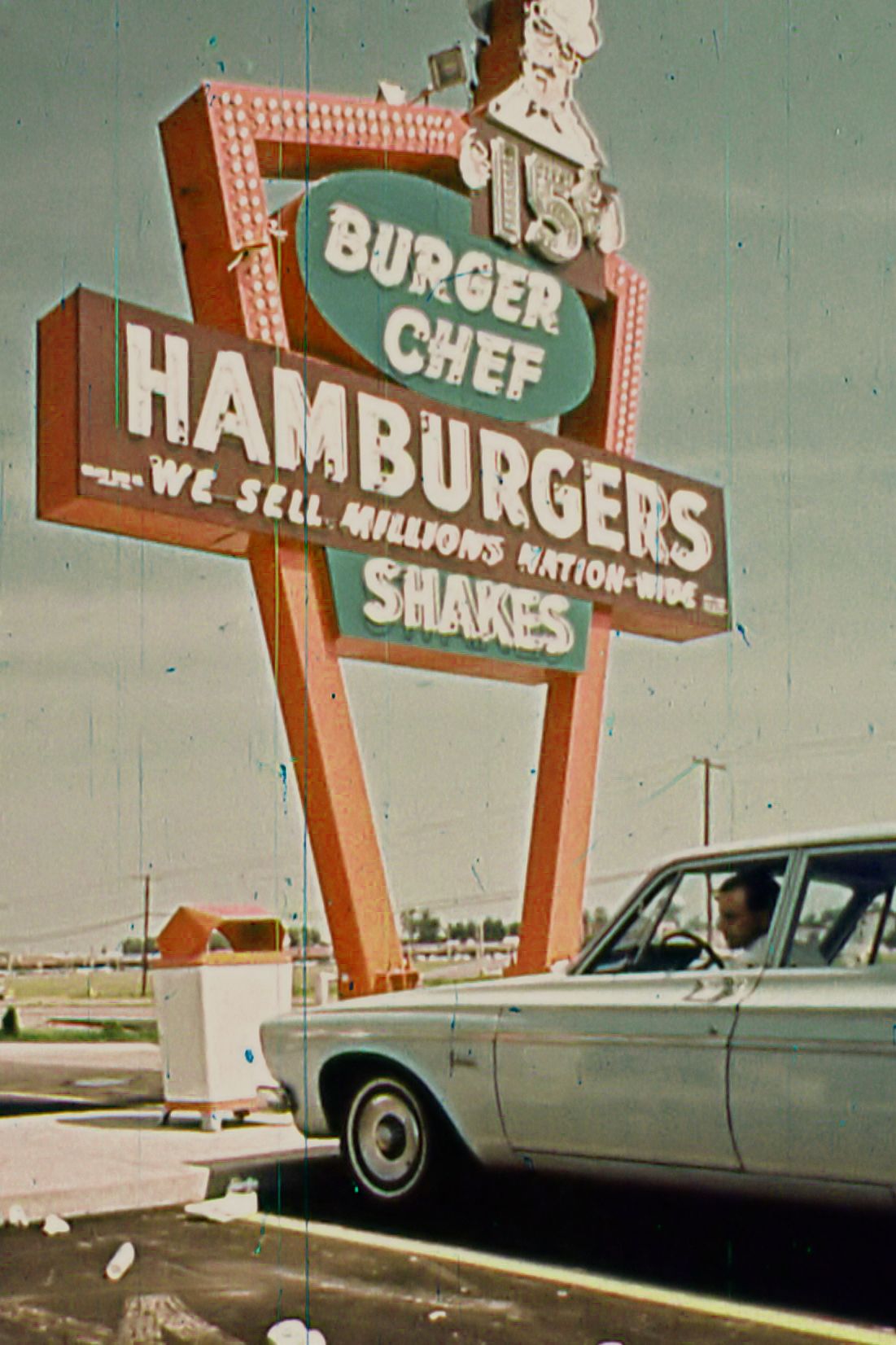 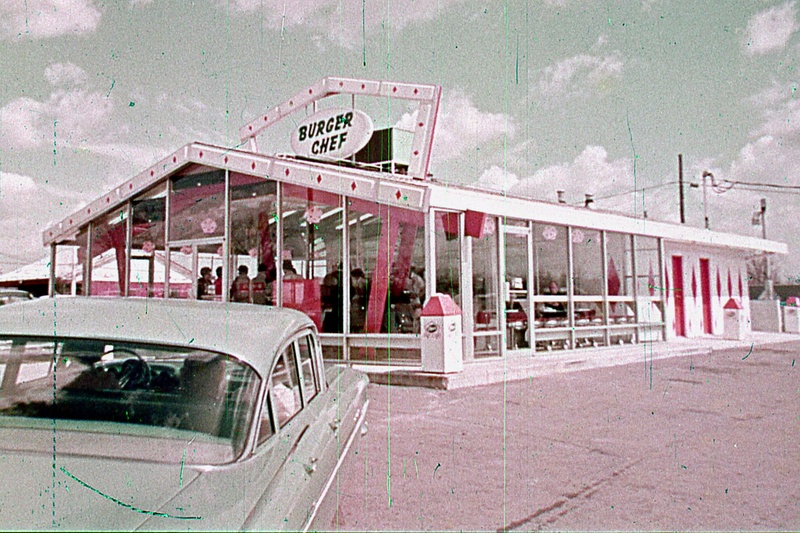 ABOVE - Local Indianapolis company store used in training film strips, circa 1965.  Original Walk up converted to enclosed about 1964.

These have new enclosures, tables and stools and the new light globes!! No booths, not enough room yet... 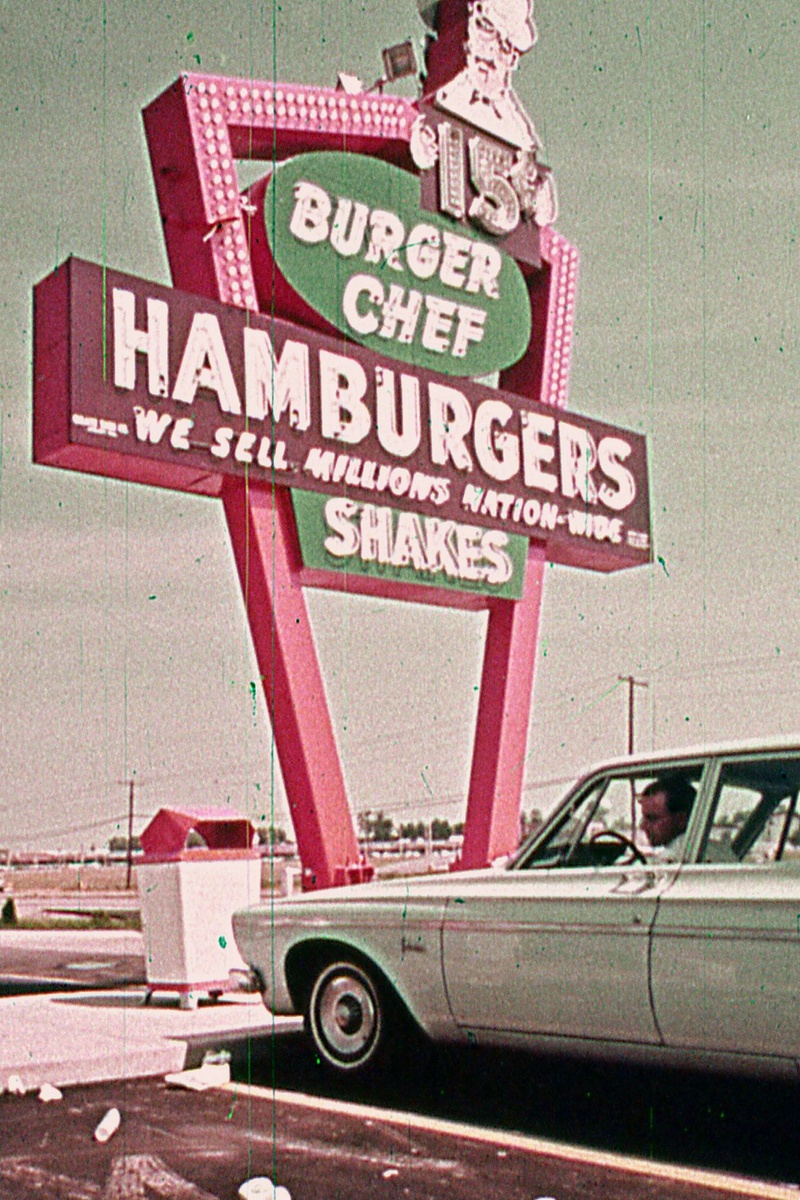 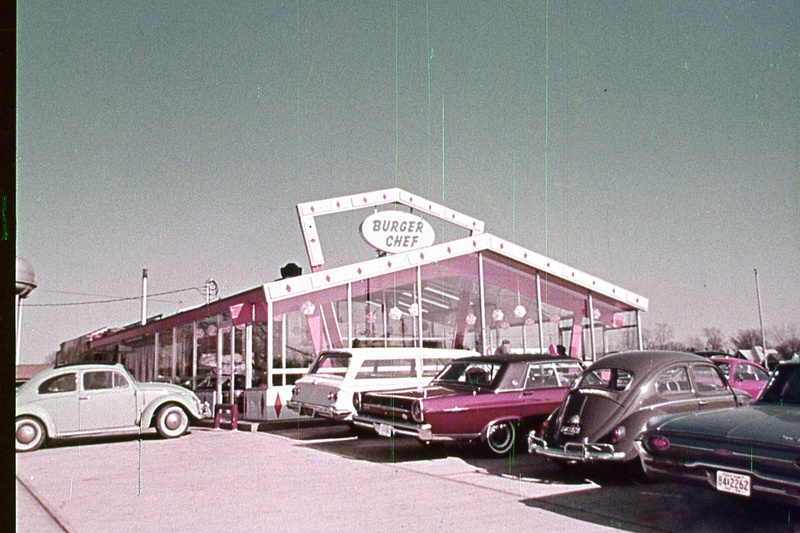 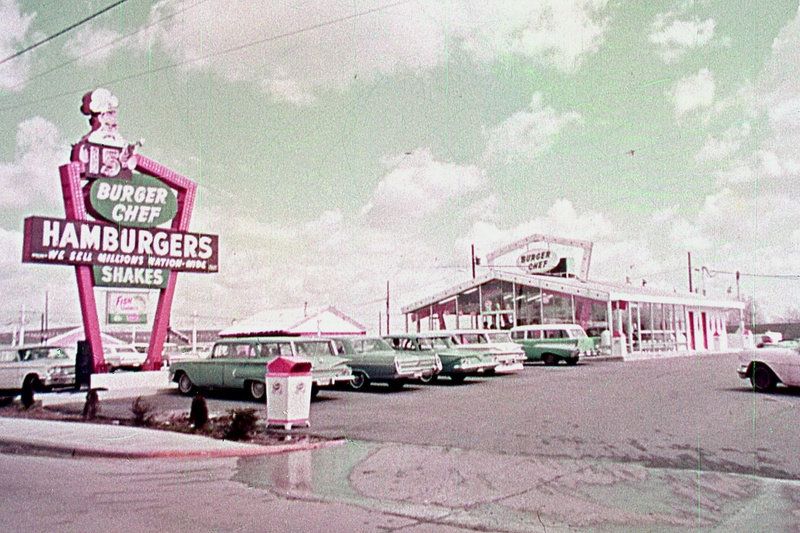 All the above stores are early 60's built with new enclosures added, see the kite behind the glass, this one is the same as the top store.