Mr. Art Dolan of Jackson Michigan had a successful franchise that began in 1959.

The following is in tribute to his success: 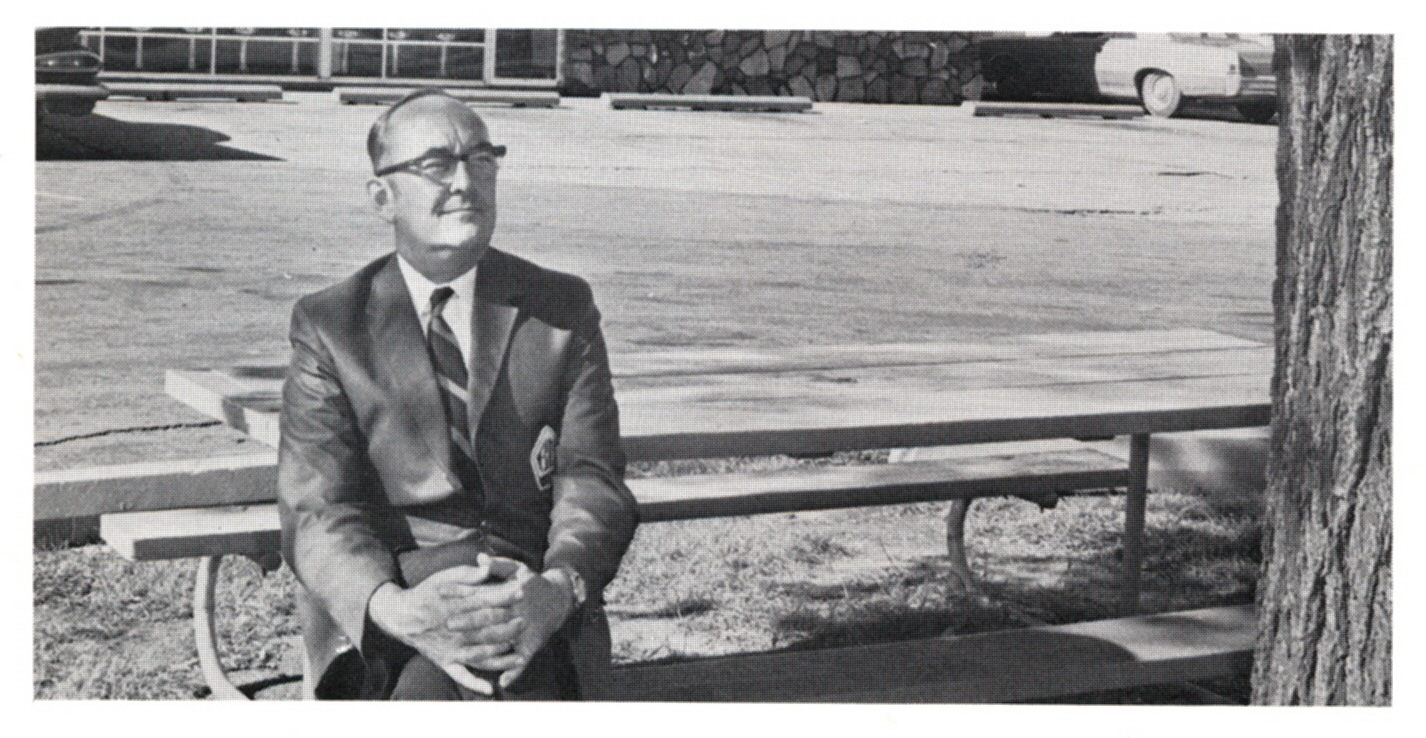 Above, Mr. Dolan sitting outside one of his Jackson Burger Chef's, July 1969 at that time he had ten years with BC. 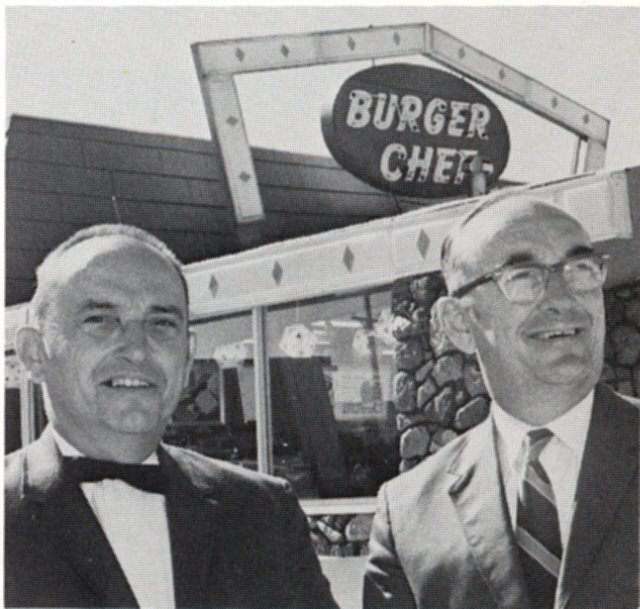 Above, James Dolan on left was Manager and borther to Mr. Art Dolan (on right) James managed the North Side store. Photo July 1969 after the Cosmo II remodel.

Notice lava rock and red roof added, but the signage was original early 60's. Some Cosmo II remodels changed the lighting to the new yellow color with red signs. 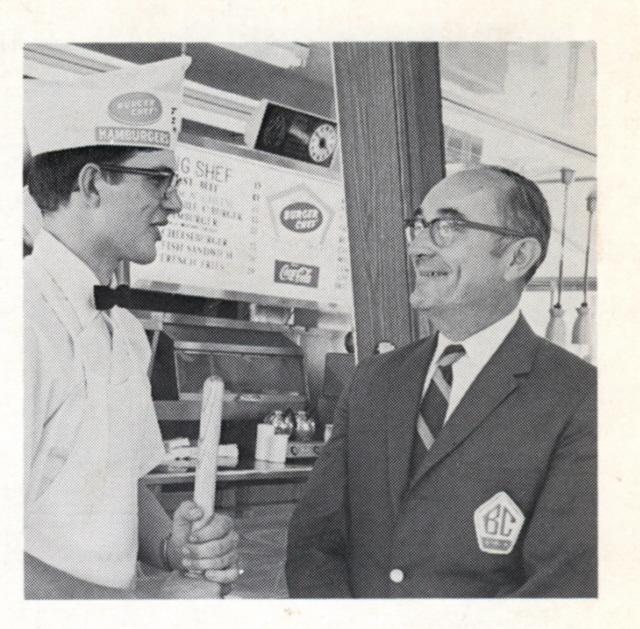 Above, Mr. Dolan talks to Jim Norman in July 1969. Those are Roast Beef warmers over his shoulder.  BC experimented with Roast Beef and Hot Ham and Cheese in the late 60's and early 70's, these were removed from the menu about 1972 or 73.  Mr. Dolan is also wearing the blazer and logo of the late 60's era. 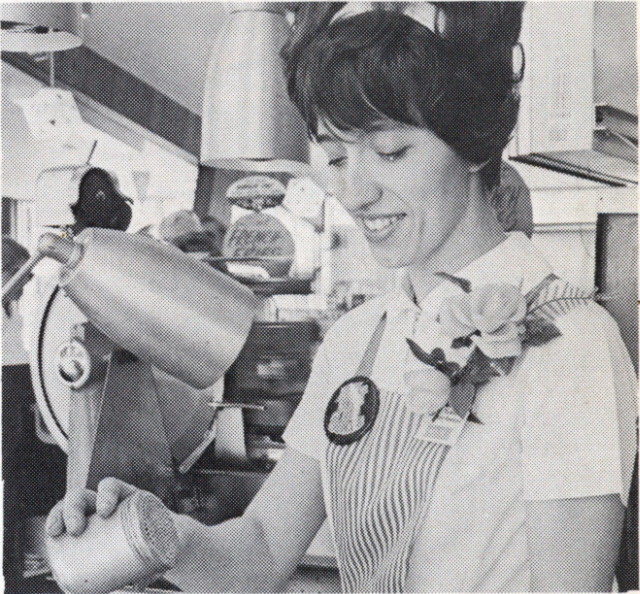 Above Ms. Marion Goldsmith employee, behind her was the Roast Beef slicer, it was placed in a special built area to the side of the front counter and enclosed behind glass, BC specified that franchises wanting to sell Roast Beef peform the conversion which was costly, not all BC sold these sandwiches.  To add Roast Beef cost were about $ 8,000 for conversions and equipment.  July 1969.