Madison IN, this store was built to showcase the equipment but also served as a restaurant.  It was only kept open about 2 years before being sold off, it and the other first three did not fit the franchise look.

This was located at 115 Front Drive, it faced the Ohio River, but the road was renamed Vaughn Drive in 1959.

This was replicated into signs of the original concept stores.

In 1958 a new logo was used on everything from cups to french fry bags.  Even as logos were changed and the "Chef" was made younger in 1962, this logo was still included on the front of all Shake Machines (1965) and coffee machines through the 70's.

When Grate Signs created the large street signs, they used a very simular "Chef" to this original Chef. Seen below left ,1st sign chef, right one used throughtout 60's until moved to the center of sign and made younger. The original sign was redone for some reason the shoulders and arms were more visible on the first version, second version was the finished sign used throughout the 1960's until 1969 when the yellow sign debuted. 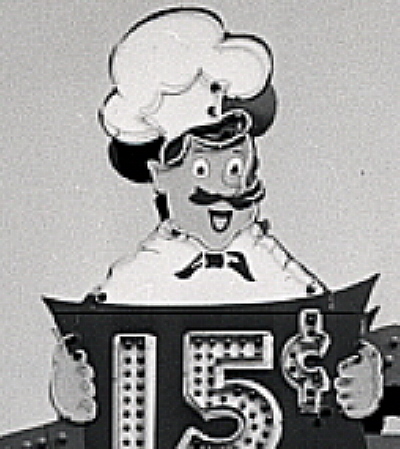 below, The Original concept stores had some what of a consistant look, notice the signs attached to the buildings. 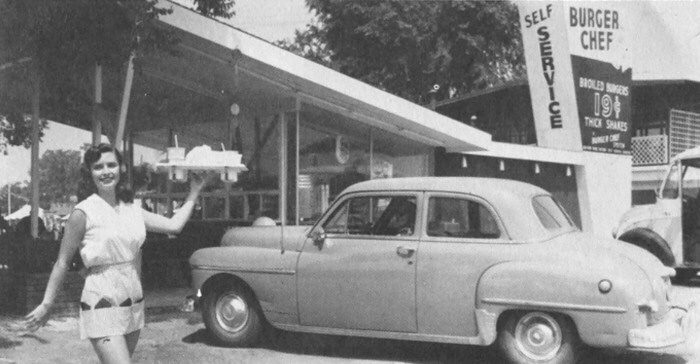 The above pictures are: top, the Original Store at 6170 N. Keystone Ave, Indianapolis IN.   Top Right is the third store at 115 Front (Vaughn) St, Madison IN. 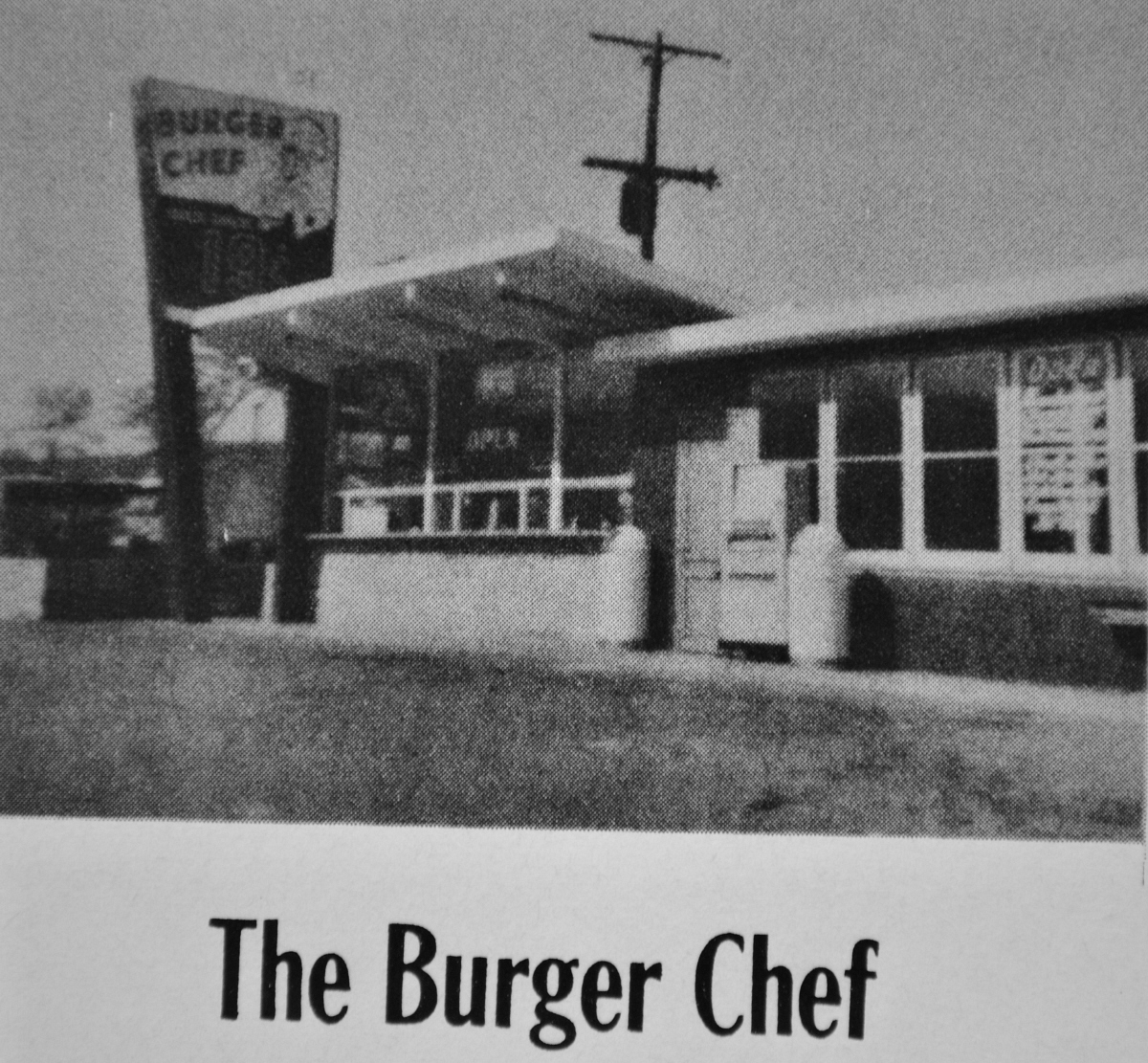 To left is a 1959 ad in the Madison High School Yearbook.

I believe the restaurant was already closed by 1959 as the franchising of Burger Chef was well underway.

Interesting, the dinning room was enclosed, yet early Burger Chef's had no dinning rooms?

In 1959 The Burger Chef was closed and "Indi-Ken Drive In" opened with Dorothy Cox as Manager. 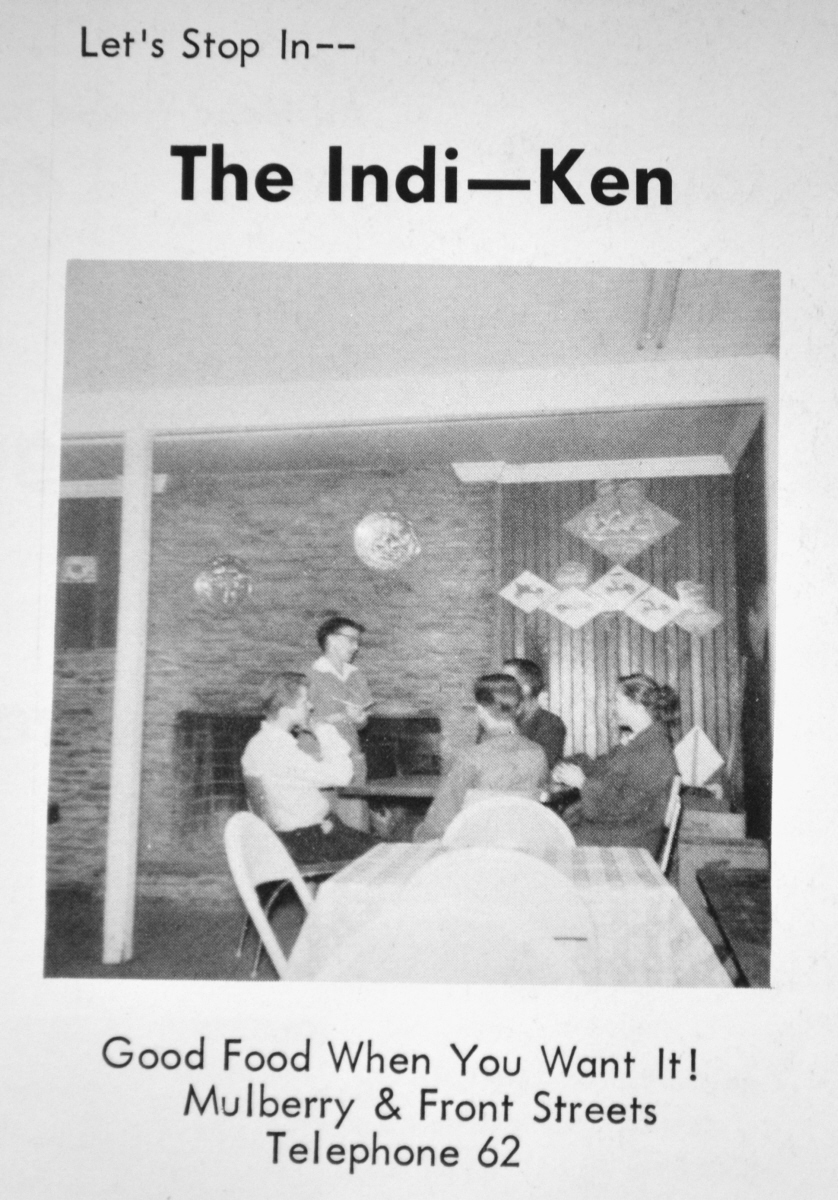 This looks to be the enclosed dinningroom.

I guess the name implies the two states that it is near.

Any updates or corrections are welcomed. 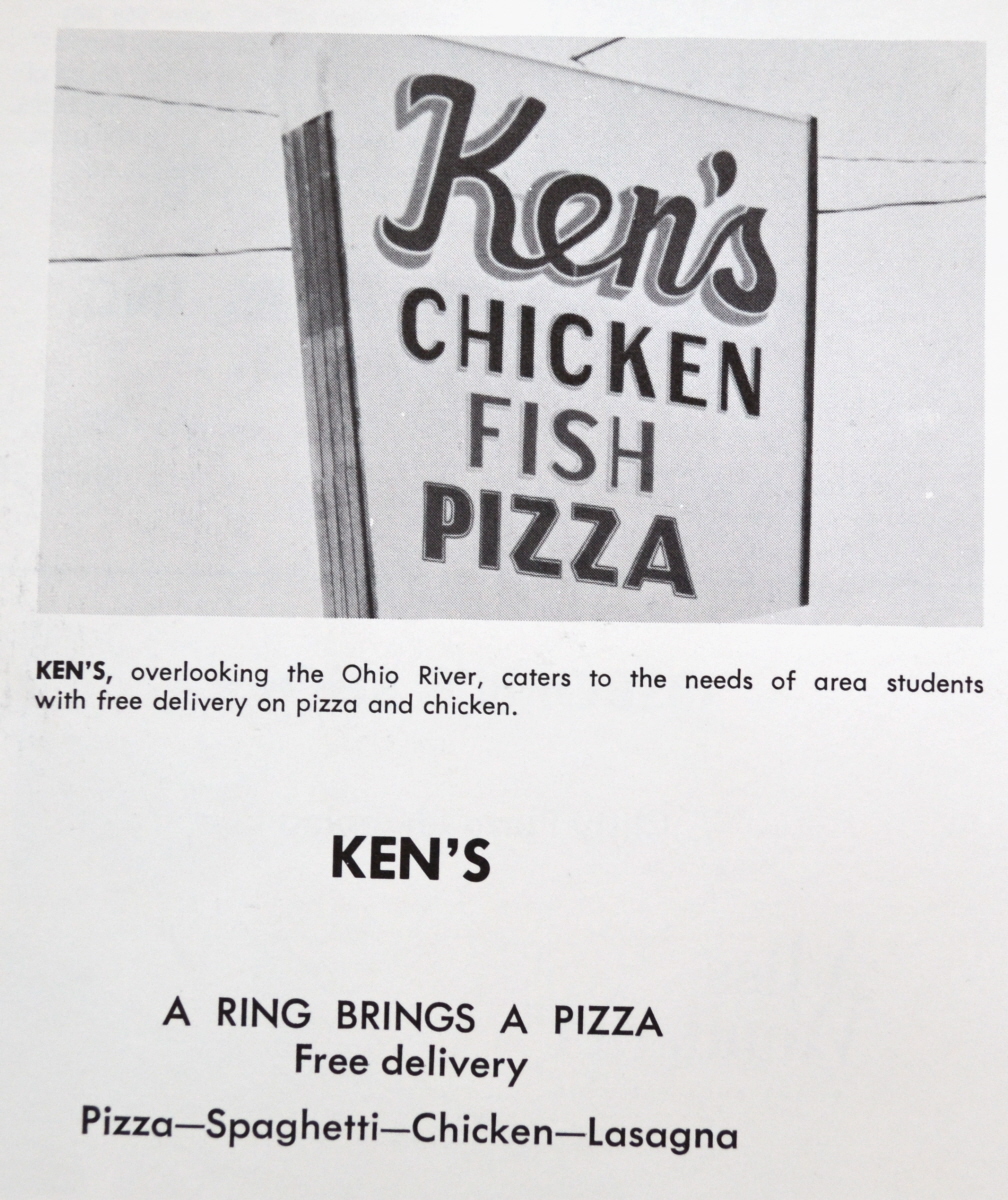 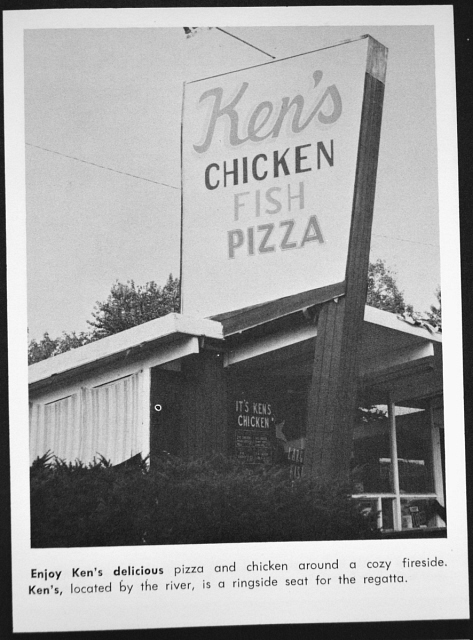 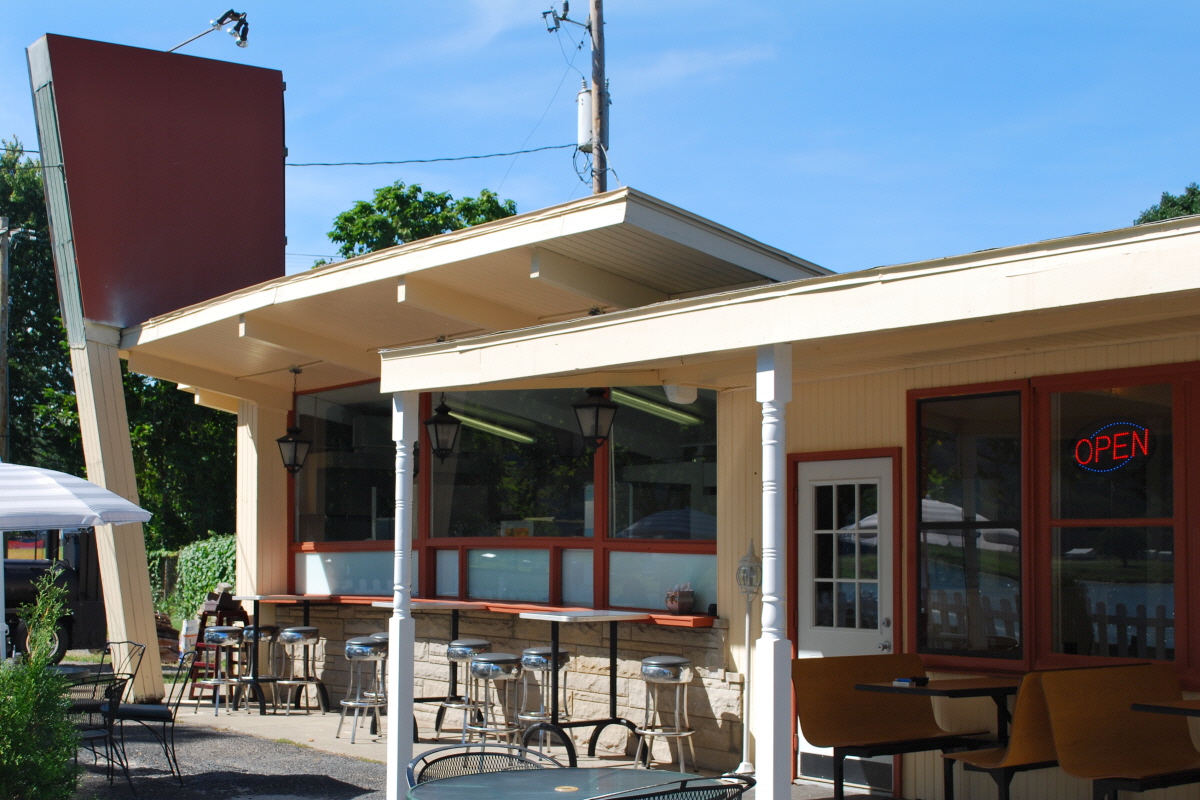 restaurant.  The walk up ording windows are still visible, but not used. 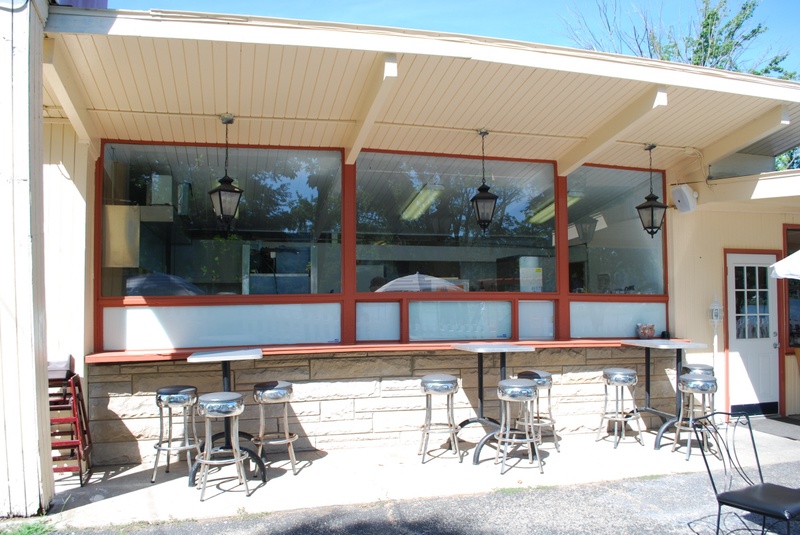 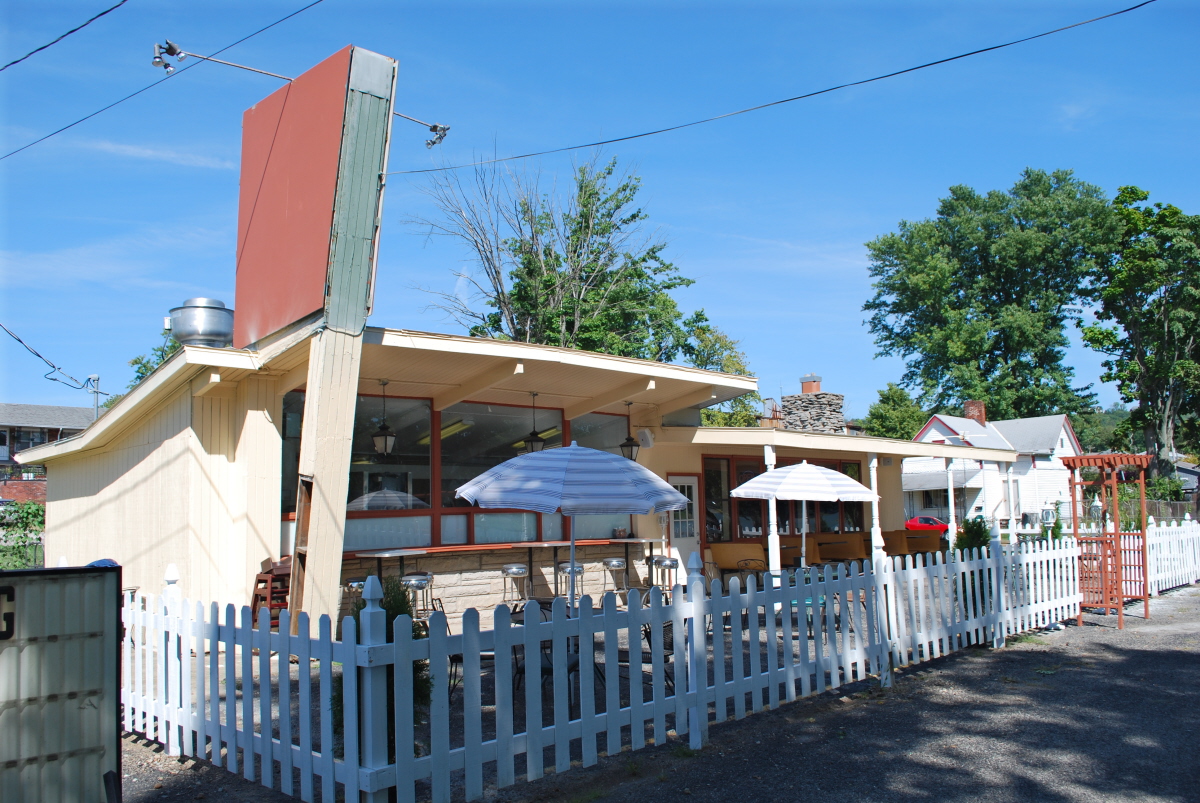 Guess this was when the building was built?

Below is the view from the street, accross the street is the Ohio River, and boat ramps. 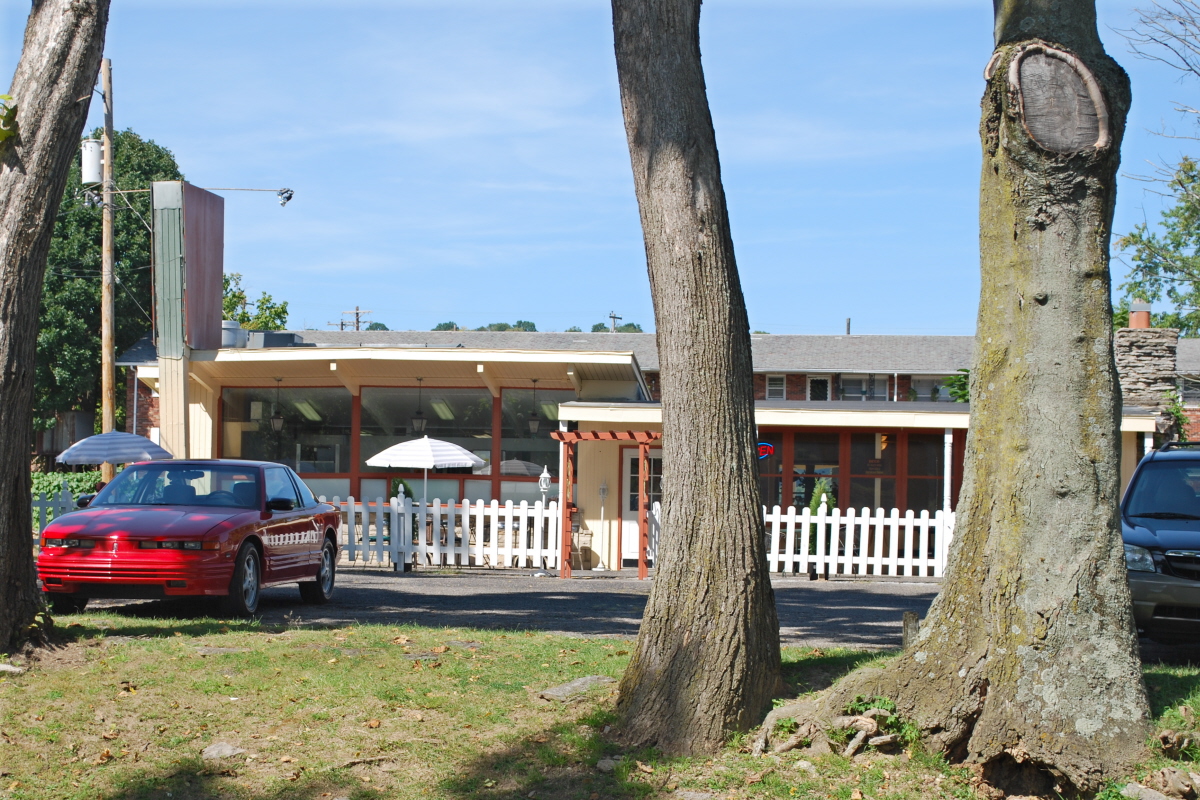 It is great that this building has survived, this was the beginings of what would become Burger Chef Restaurants! 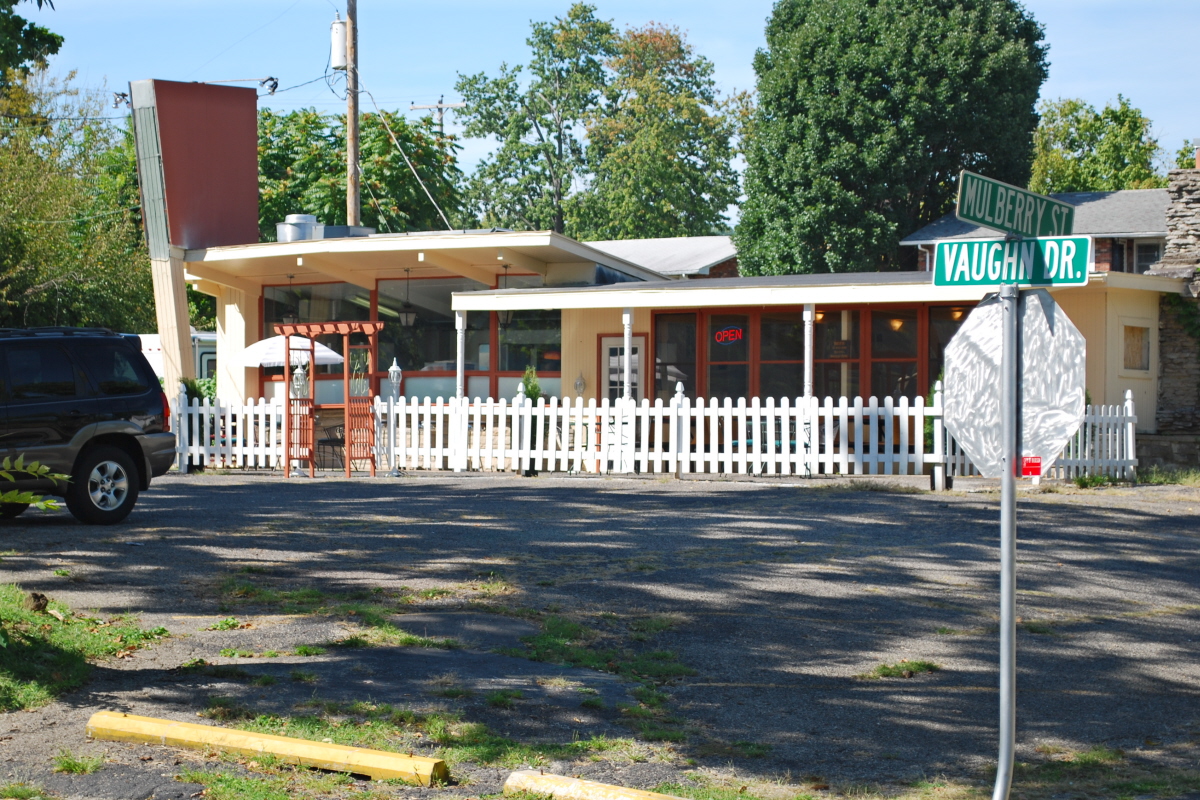 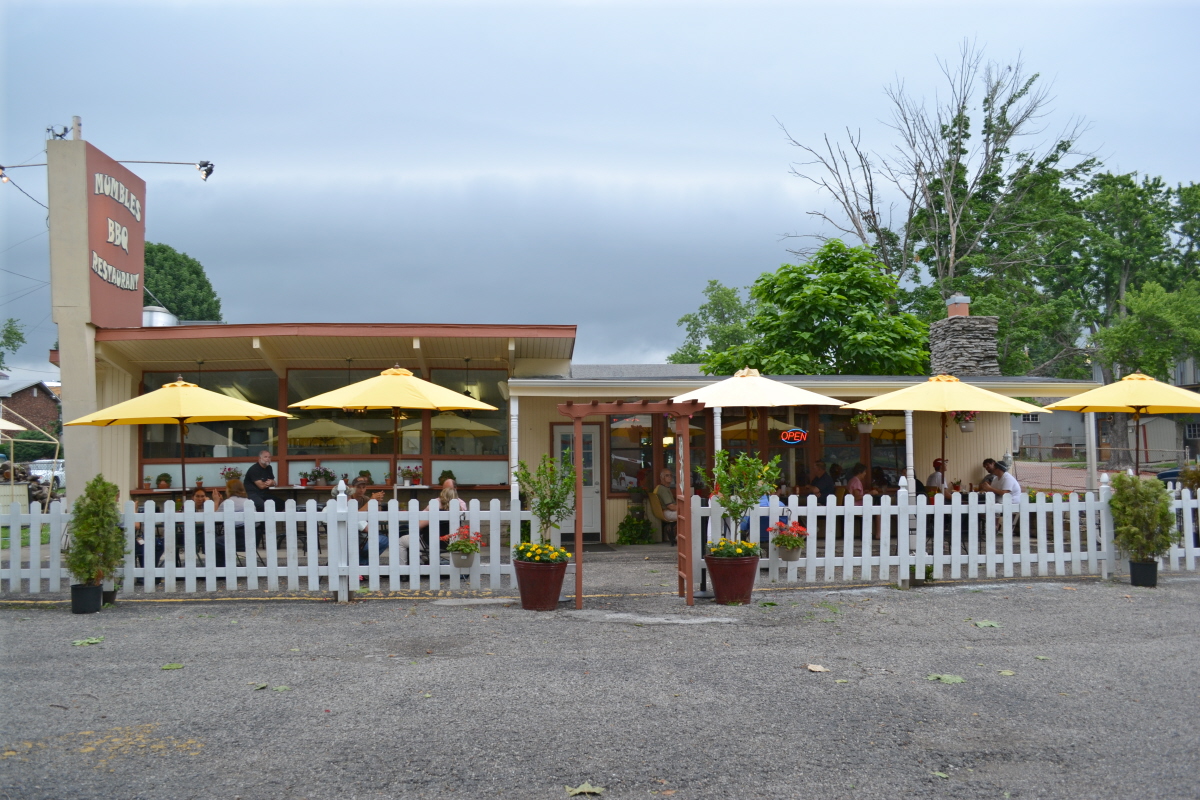 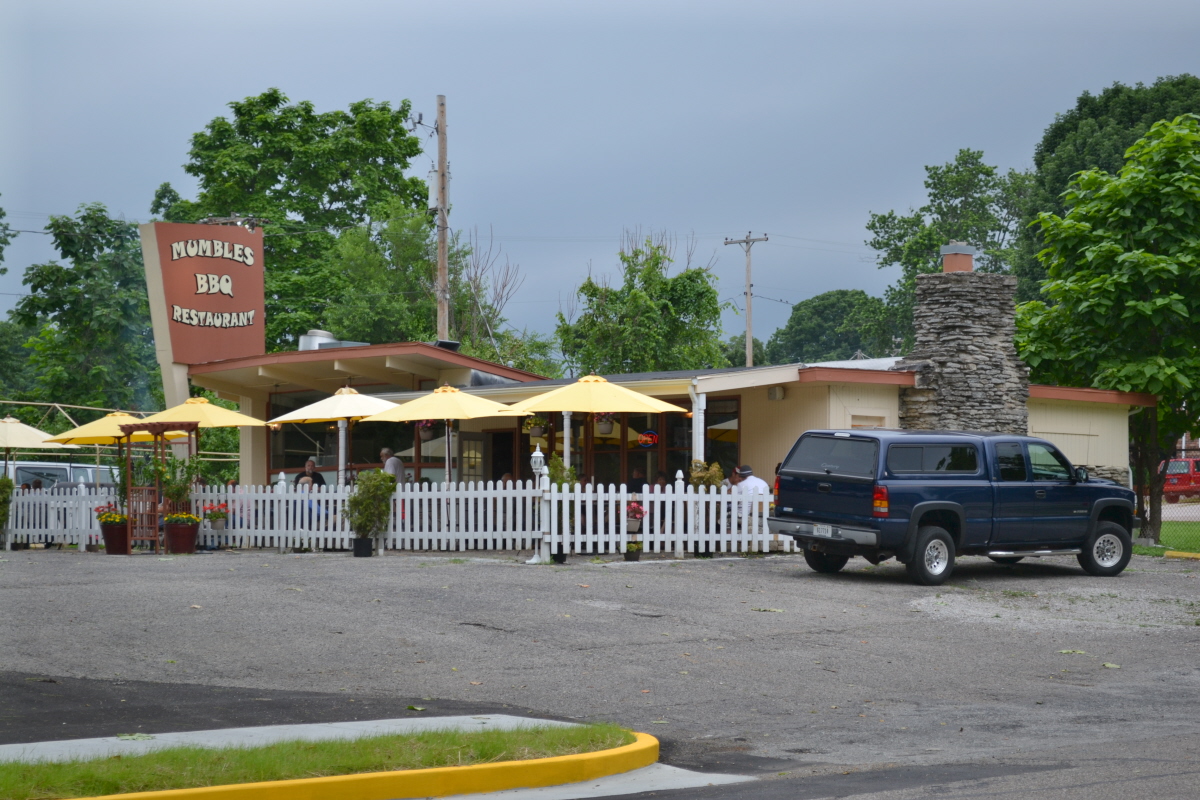 1966 or 1967 Burger Chef opened a traditional franchise store at 327 Clifty Drive, Madison IN

Managers listed in the city directory were: 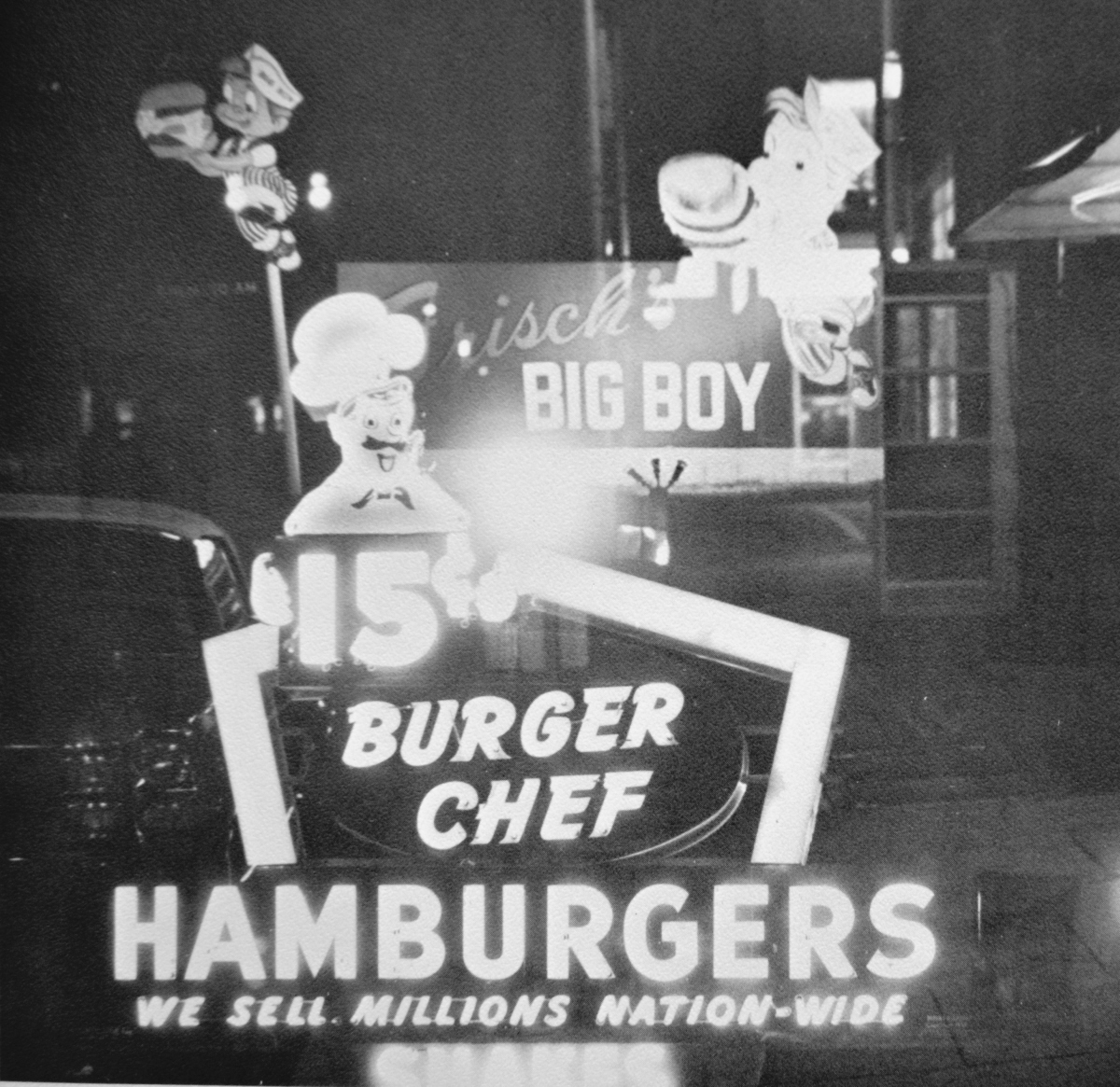 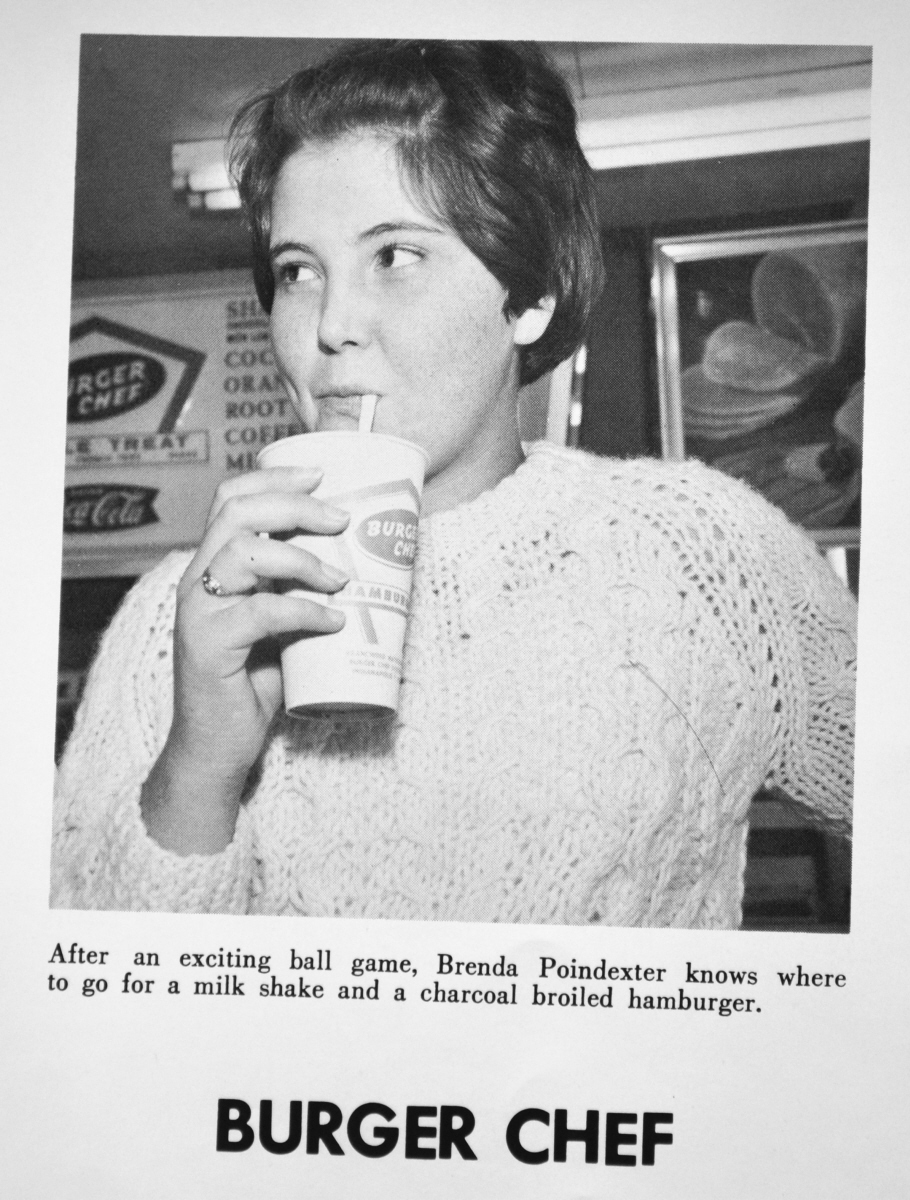 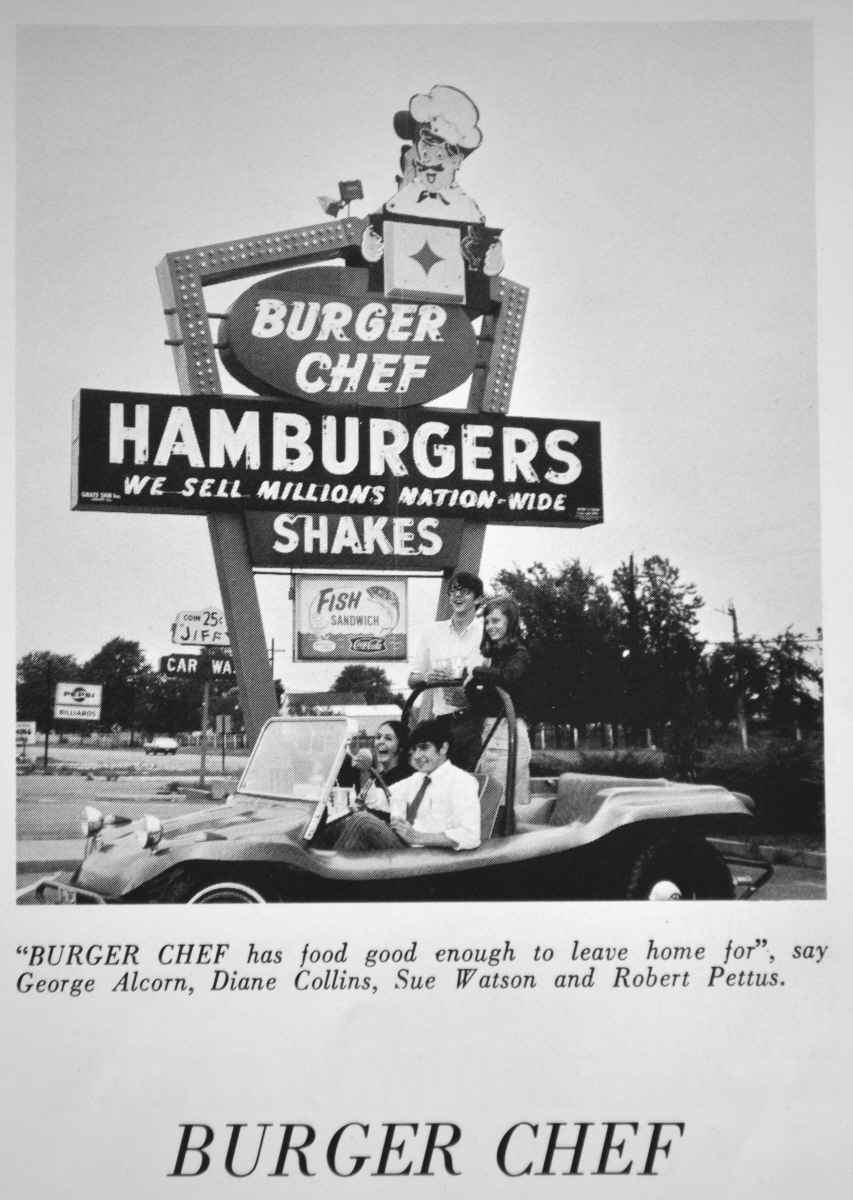 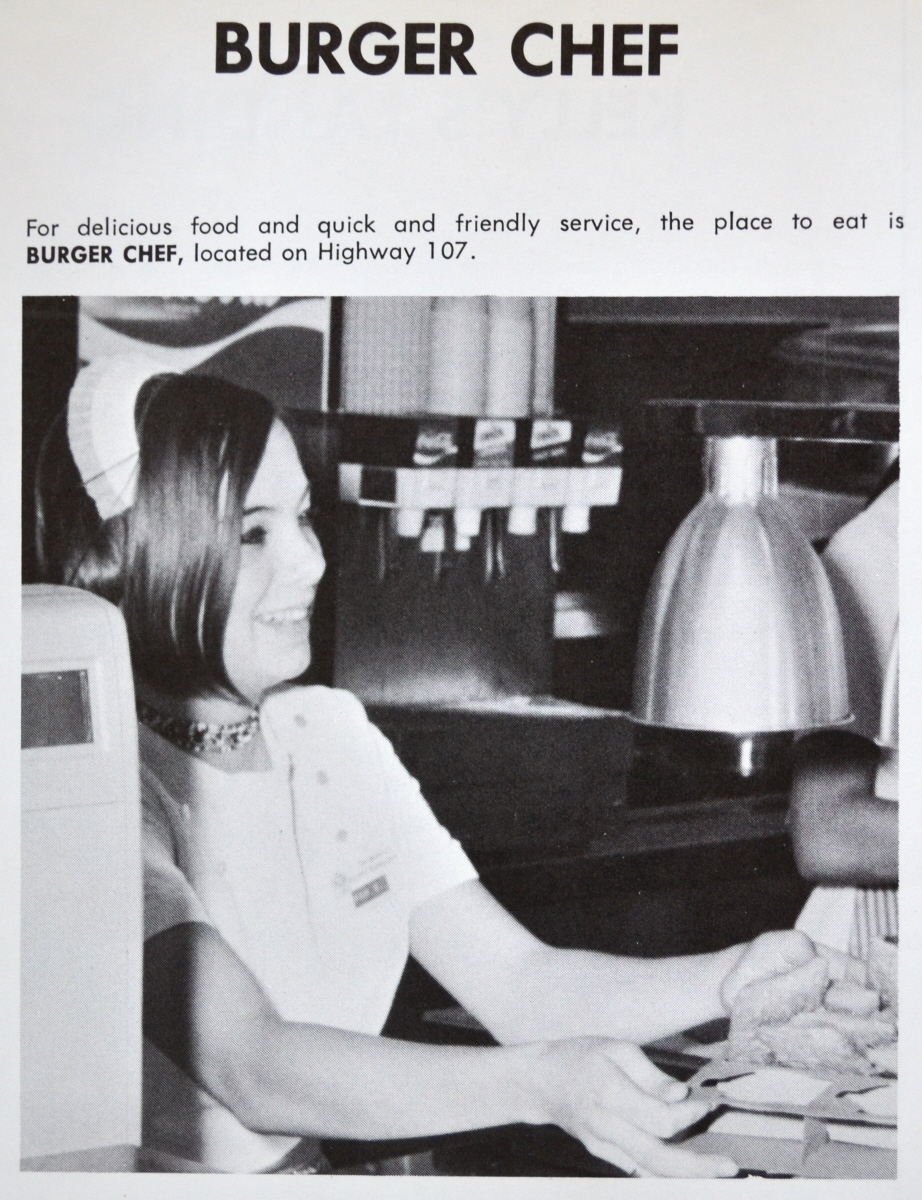 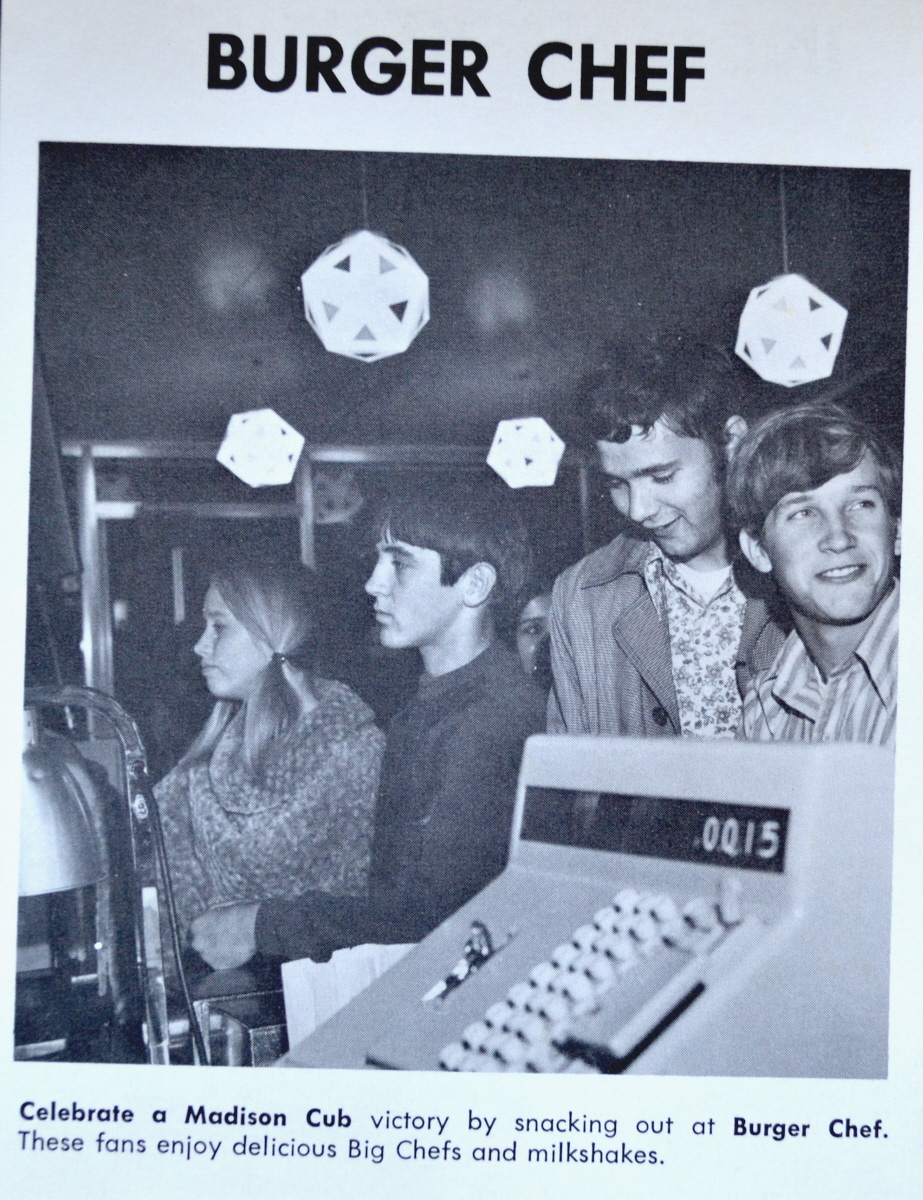 Below - 1973 picture in Madison HS Yearbook. 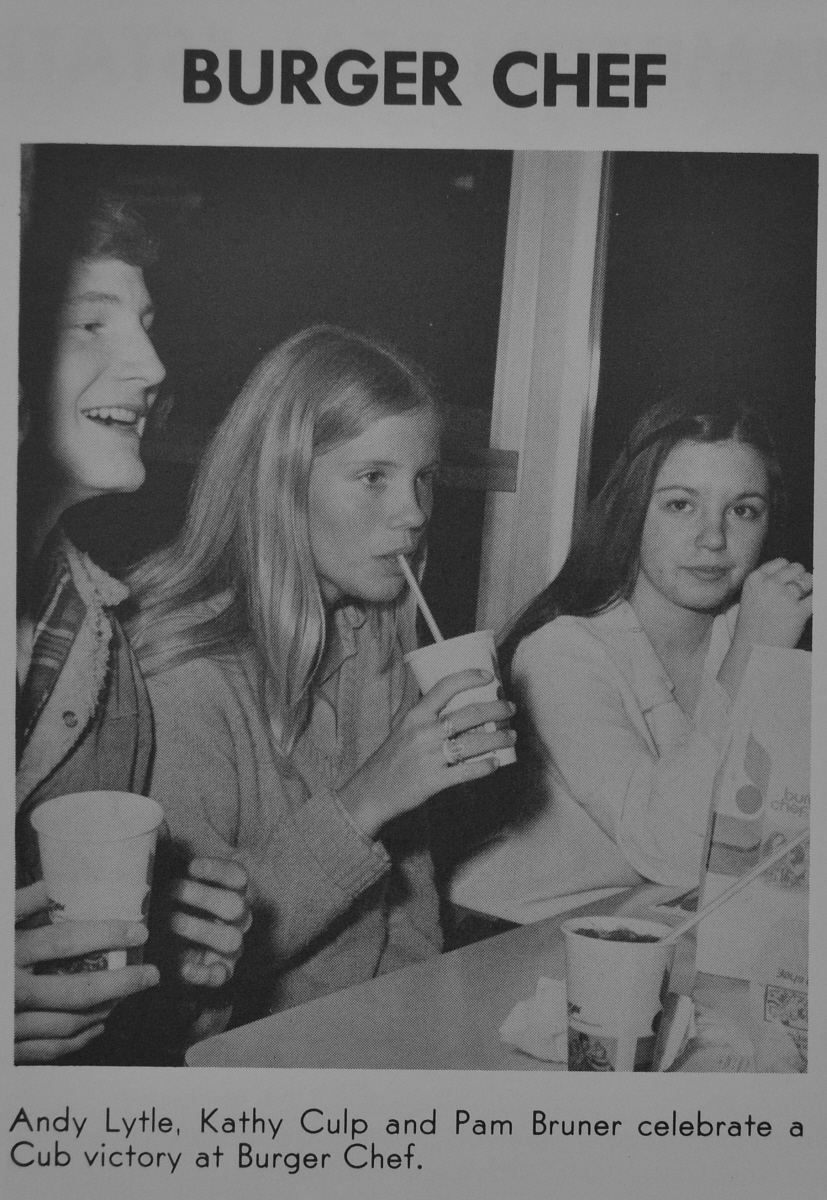 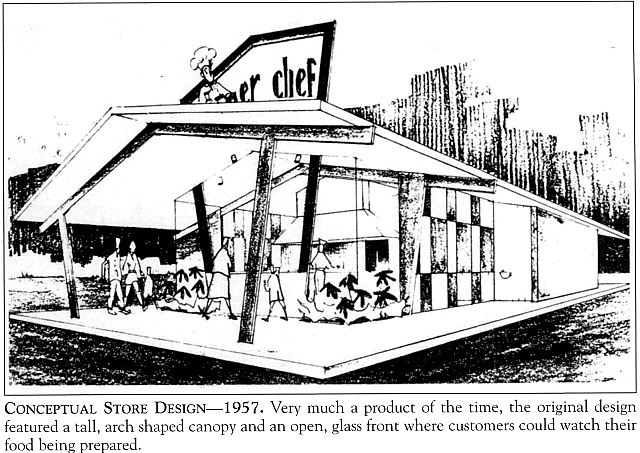 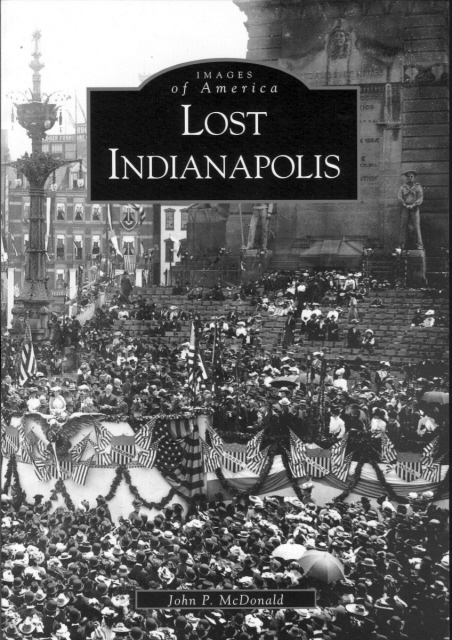 These photos are NOT in the book from Scott Sanders - 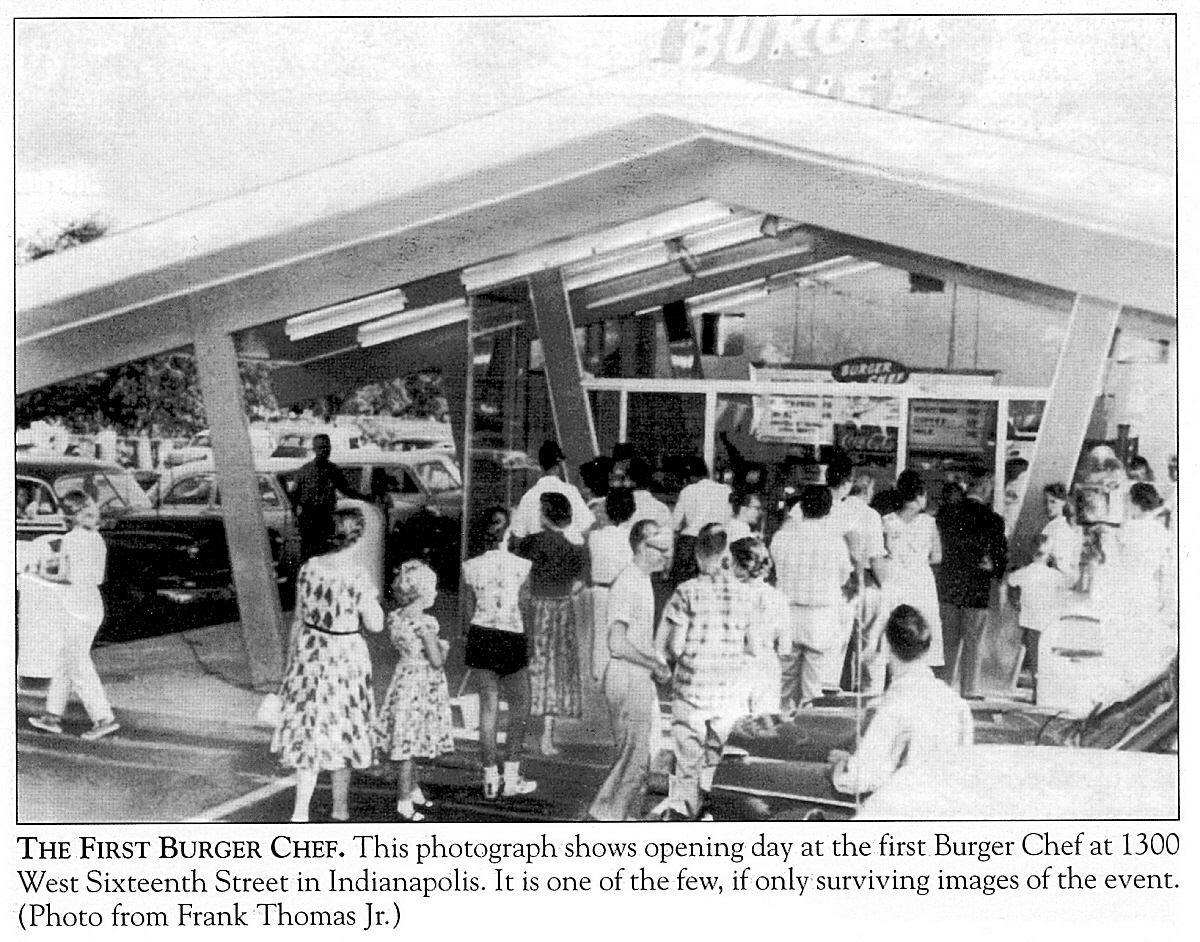 The bc head quarters was built next door at 1348.

Both have been torn down.

Unknown to what extent the store was remodeled over the years or when/if it was closed prior to the sell to Hardees' ? 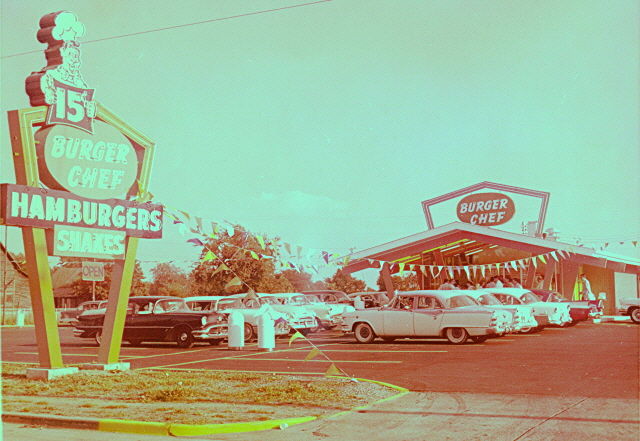 Look and compare the concept drawing, and the book photo of the first store.  By the end of the year, so many minor

changes were already made and continued through out the first 200 stores. 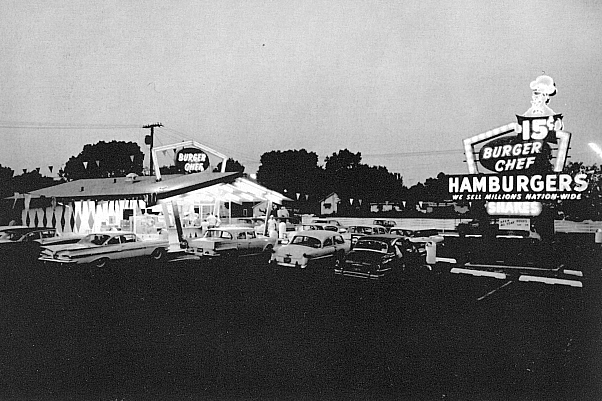 Also from the book "Lost Indianapolis"

One of the first eight bc's this one is in

Notice the consistant look achieved by the end of the year 1958.