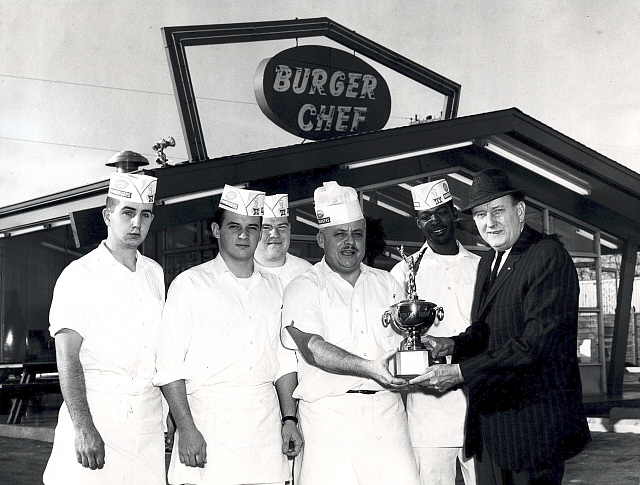 Guy beside Mr. Schroeder appears in both store pictures... ? 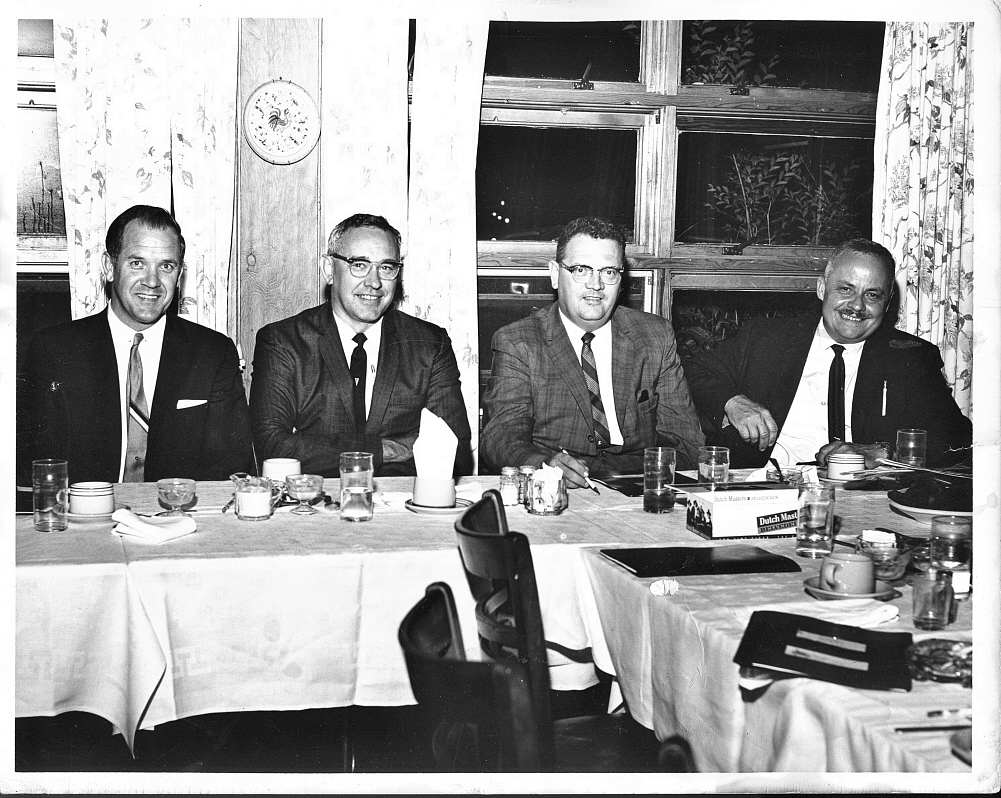 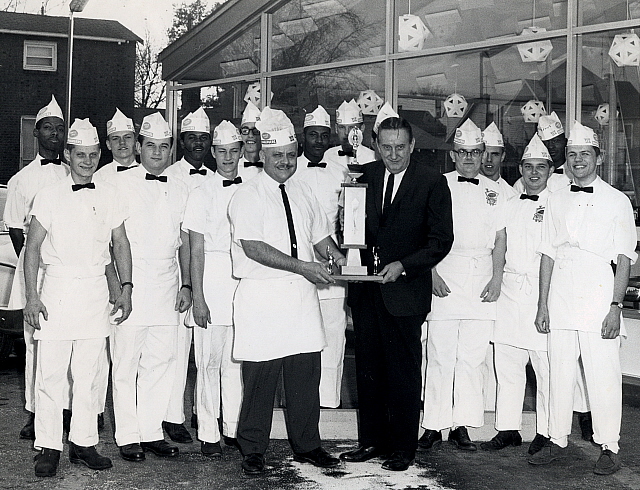 Above,  Sales Award Trophy given to Hank Schroeder by Bob Wright - 1963

Notice the new style paper hats, ties, patches on shirts and the remodeled store already by 1963.

Burger Chef was 5 years old by now and really moving, there were close to 400 stores by this time.

I believe this is the same store pictured above. 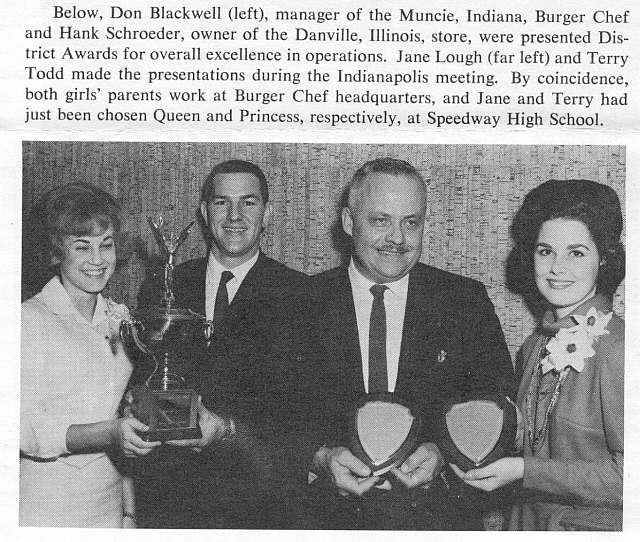 Above was taken at an Indianapolis Regional Conference 1963

Mr. Schroeder had more than one store in IL?  I will work on more info to add ?

I wanted to get these pictures posted, I have had them since last Fall... 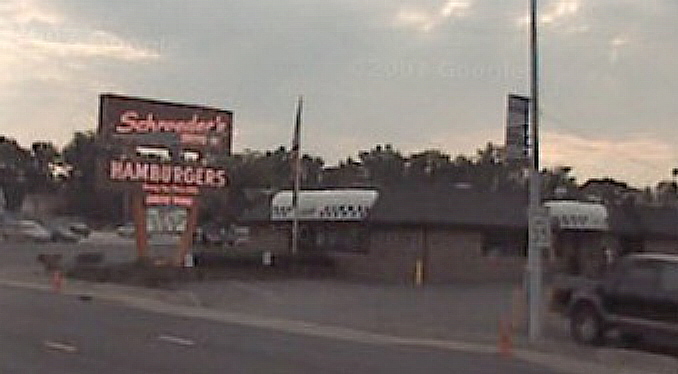