The Chef. Built as a Burger Chef about 1966.  Cleaveland Tenn.  South East corner of Tenn. 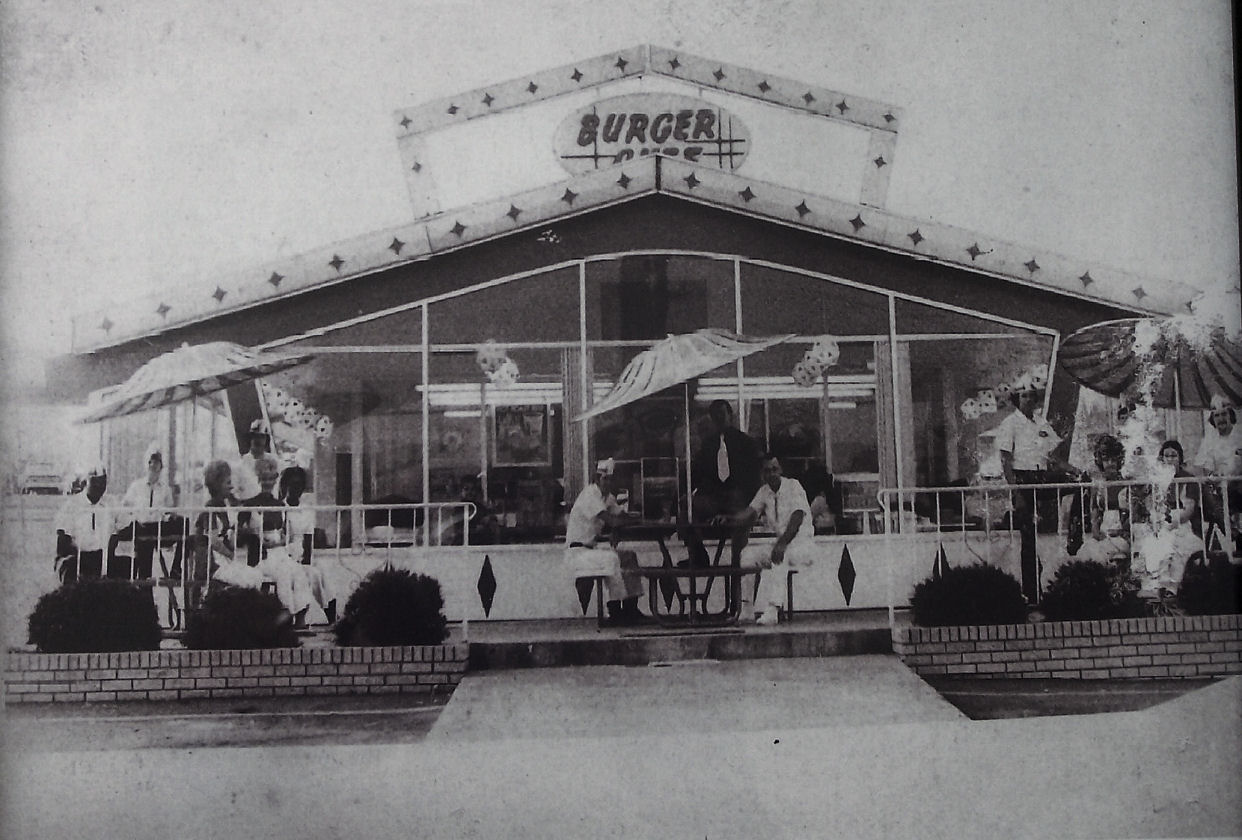 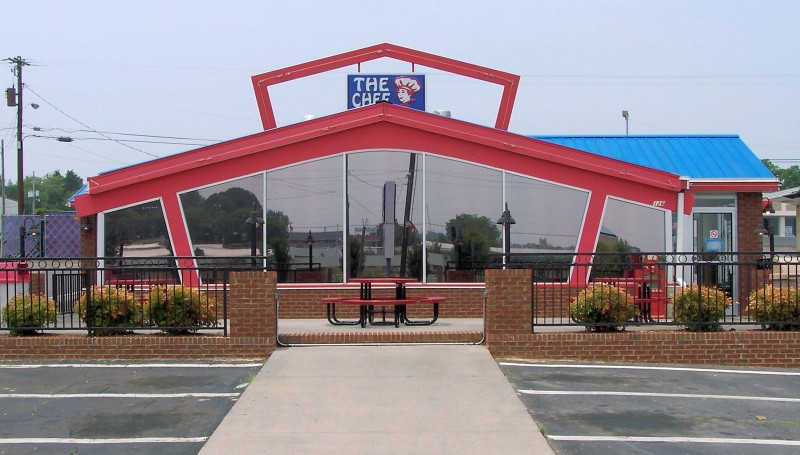 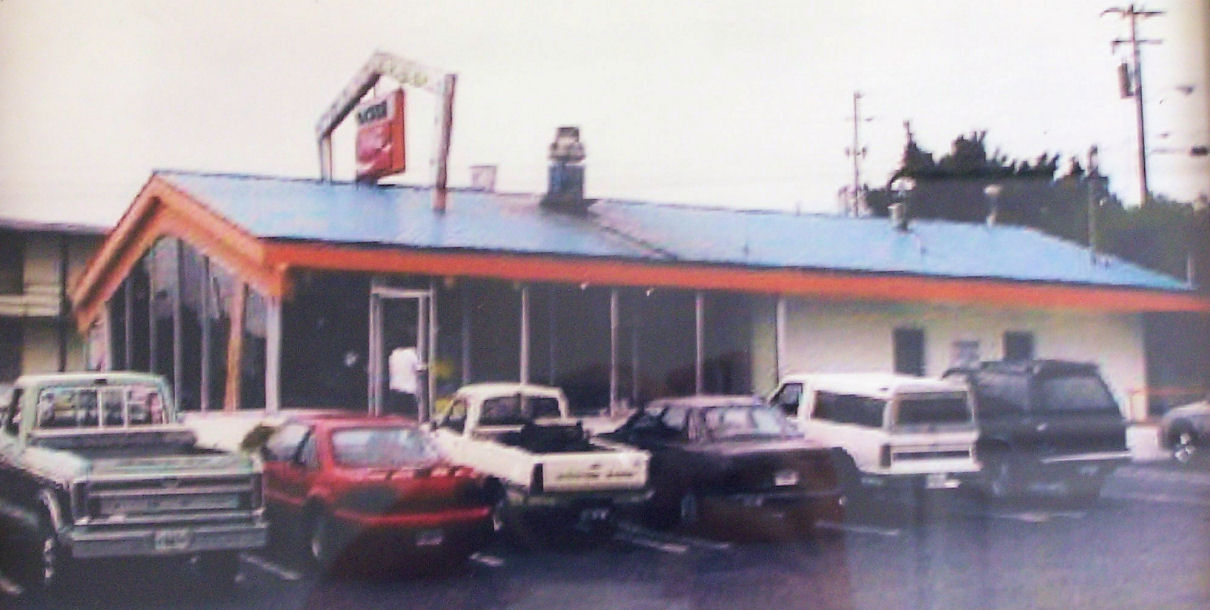 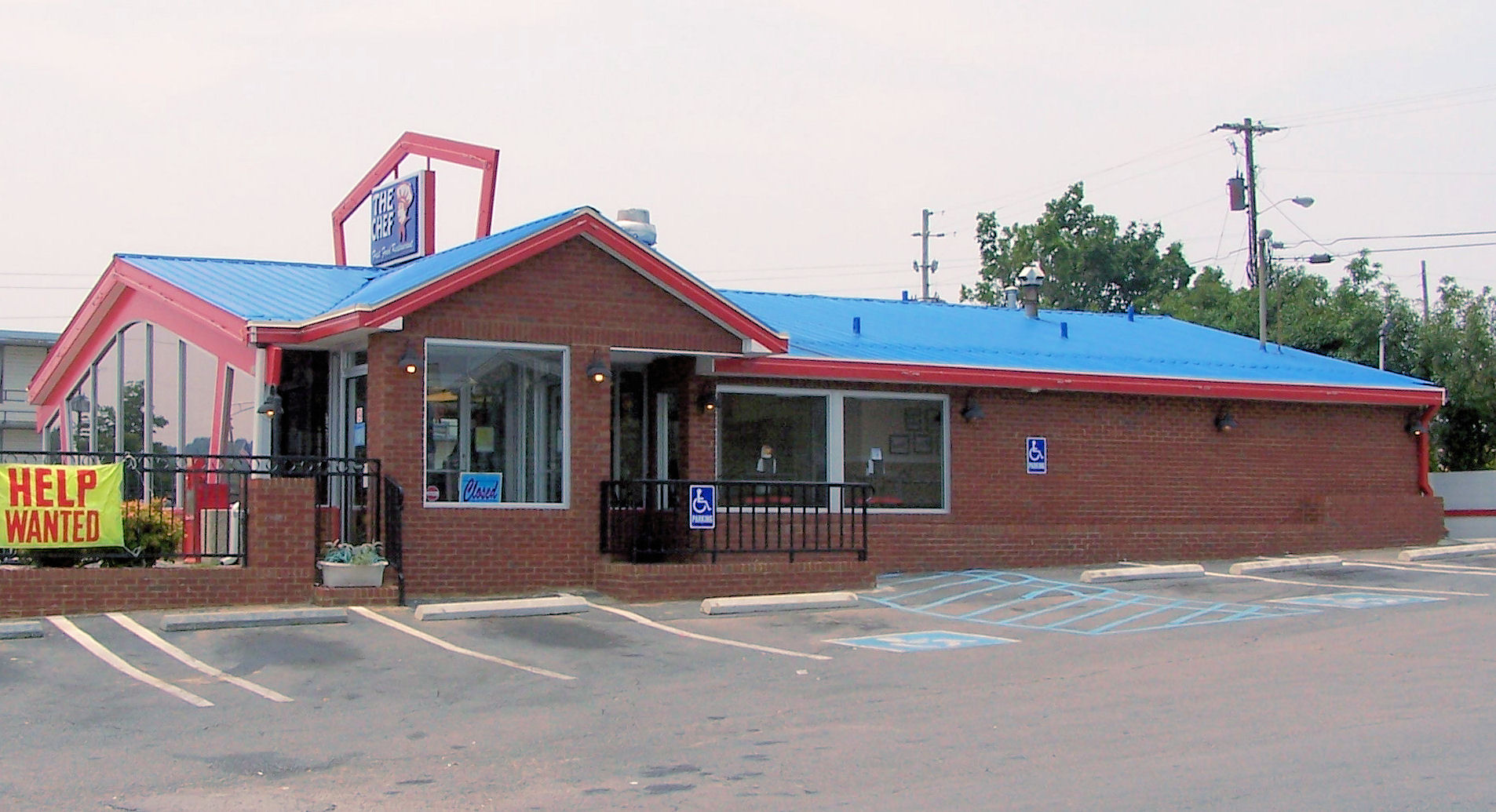 Cleaveland TN is at exit 20 on I-75 north of Chattanooga TN on Keith Street. 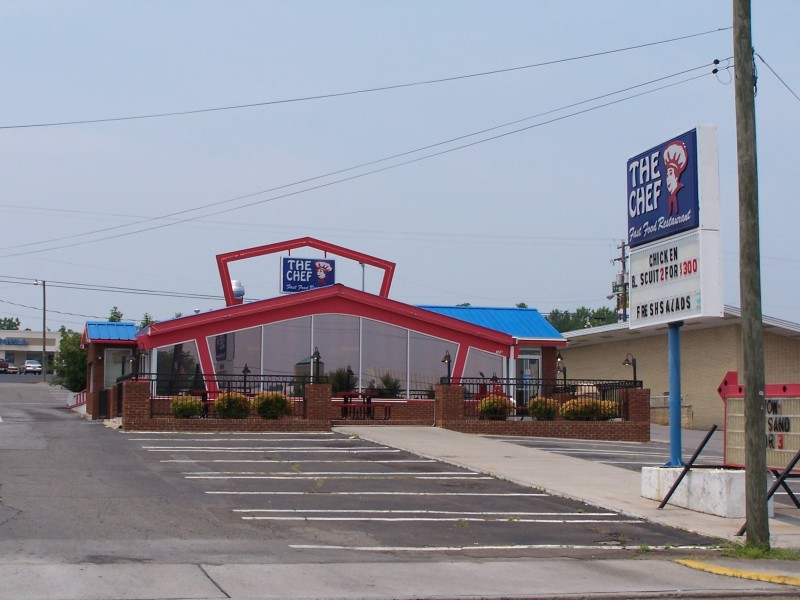 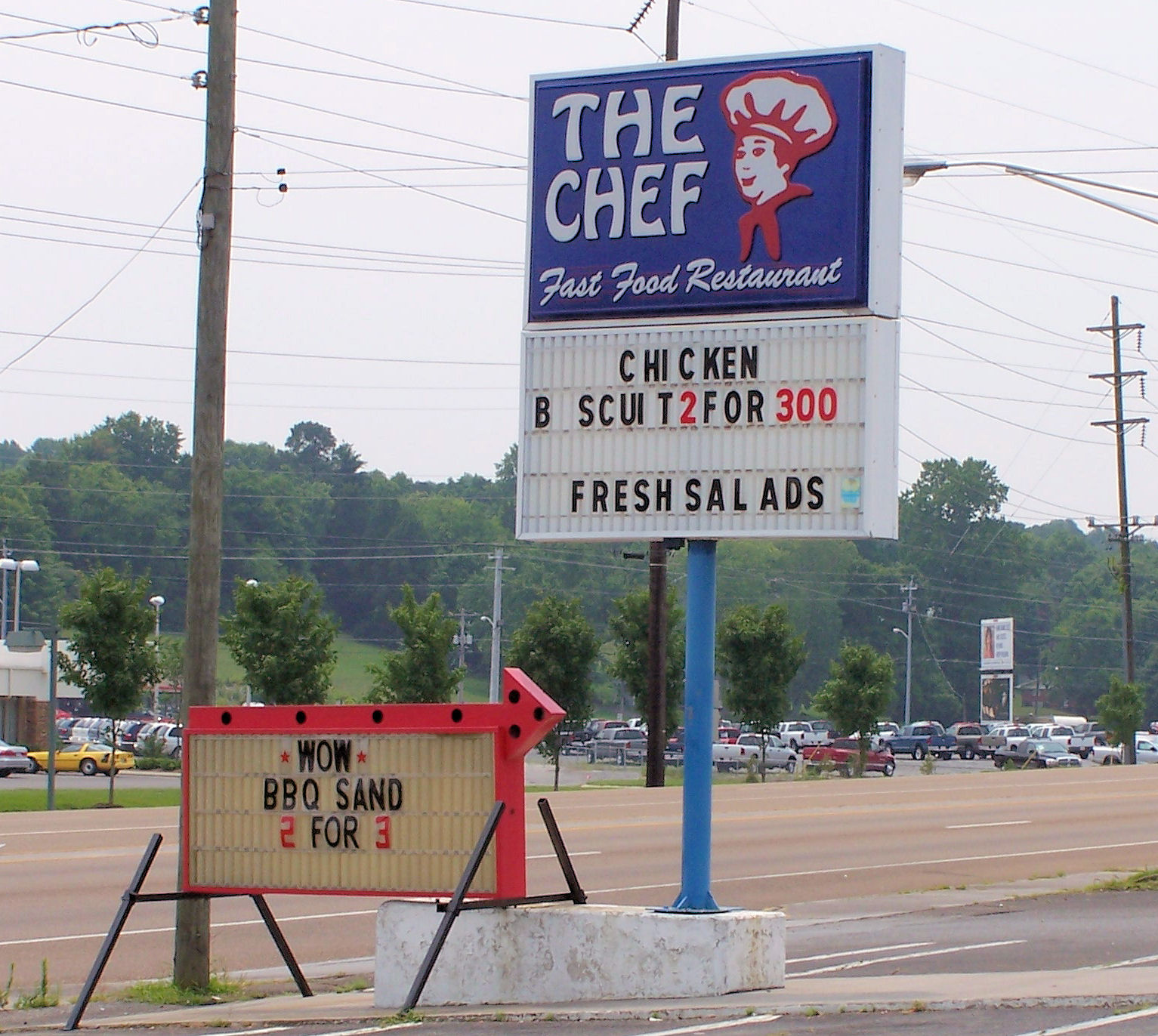 One of the last original 1960s designs to still exist.  Building still has original "A" frame white ceilings. 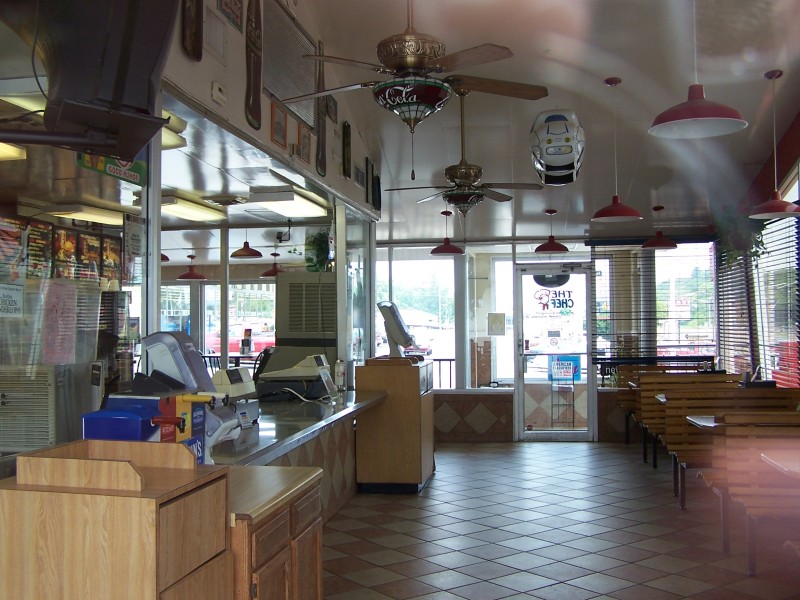 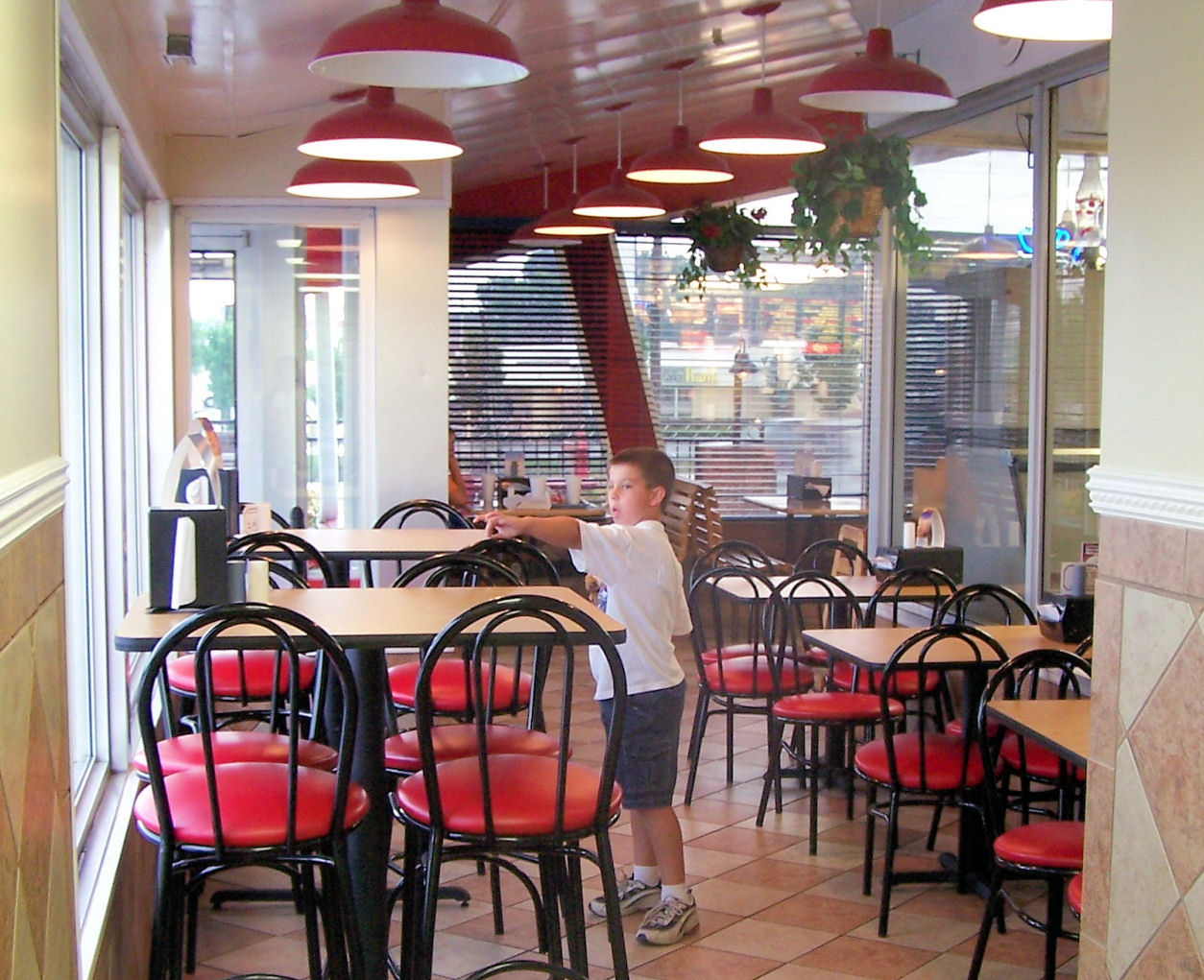 View from restrooms looking to the front, Amazing how much it still looks like to bc's of the 1960s !!!! 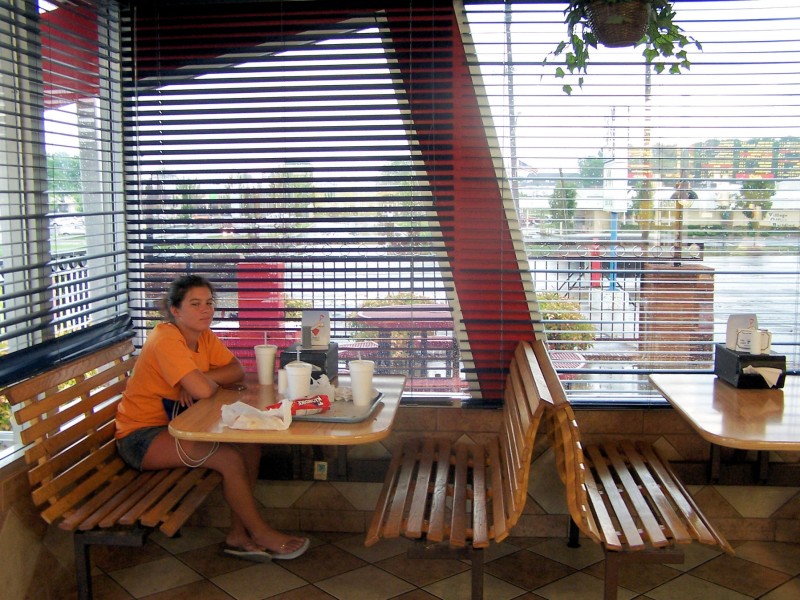 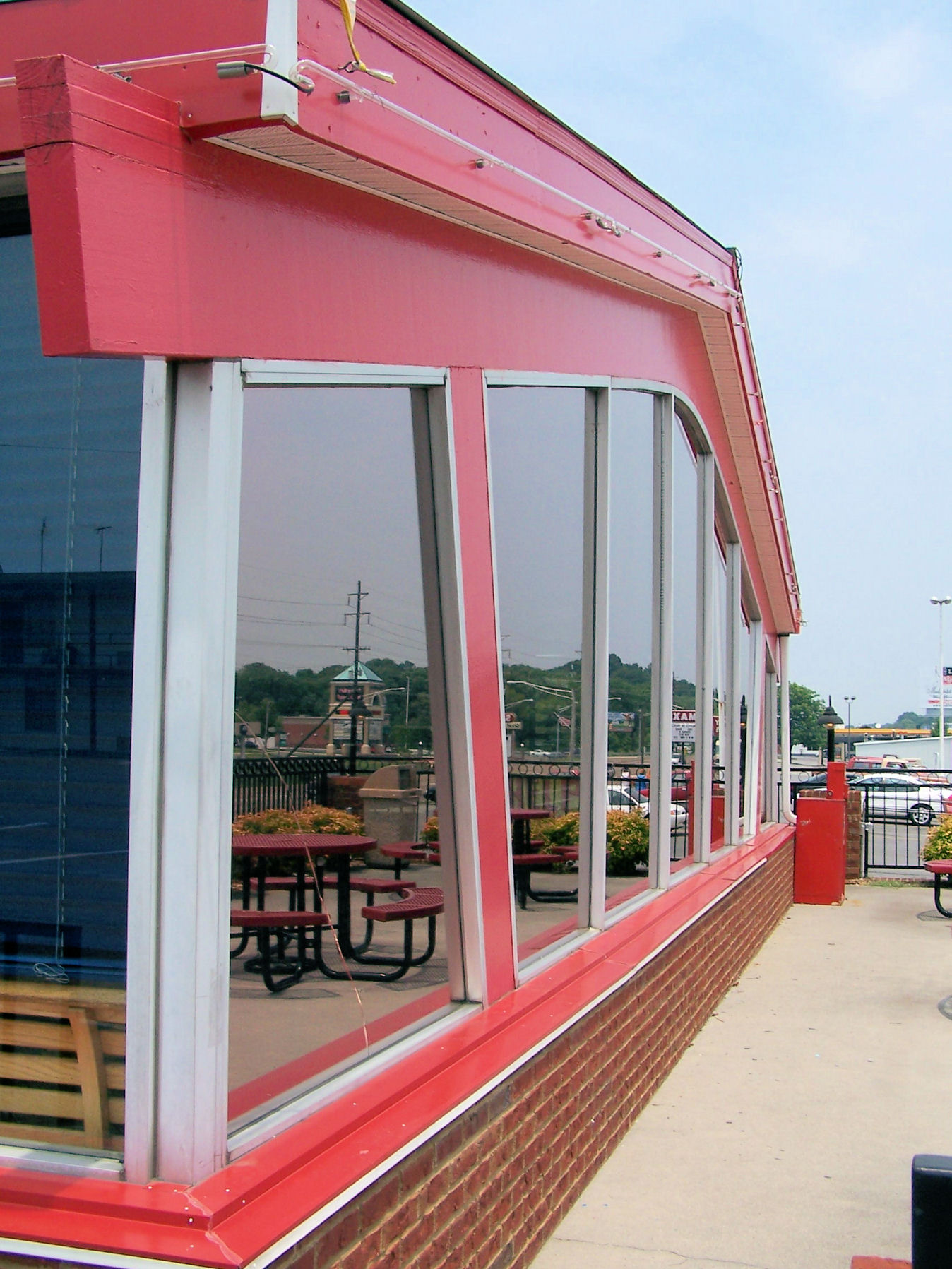 My daughter wasn't too crazy about me taking pictures inside, other than new furnishings, the architecture is almost original. 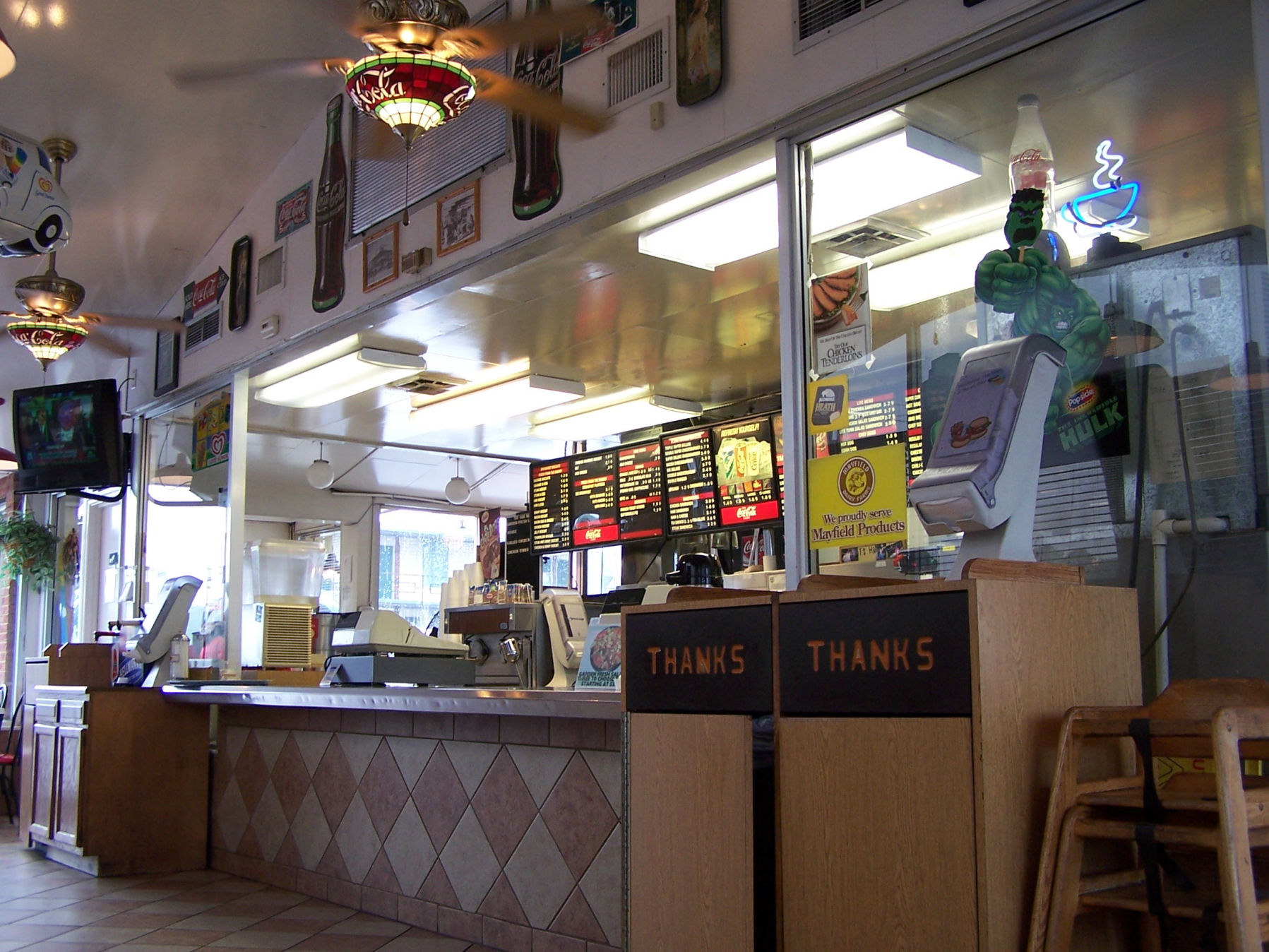 Drive Thru added where left side seating was, still alot of original glass remained, Original Counter !!!   Below, Broiler and backline still visible from dinning room like the old days !!! 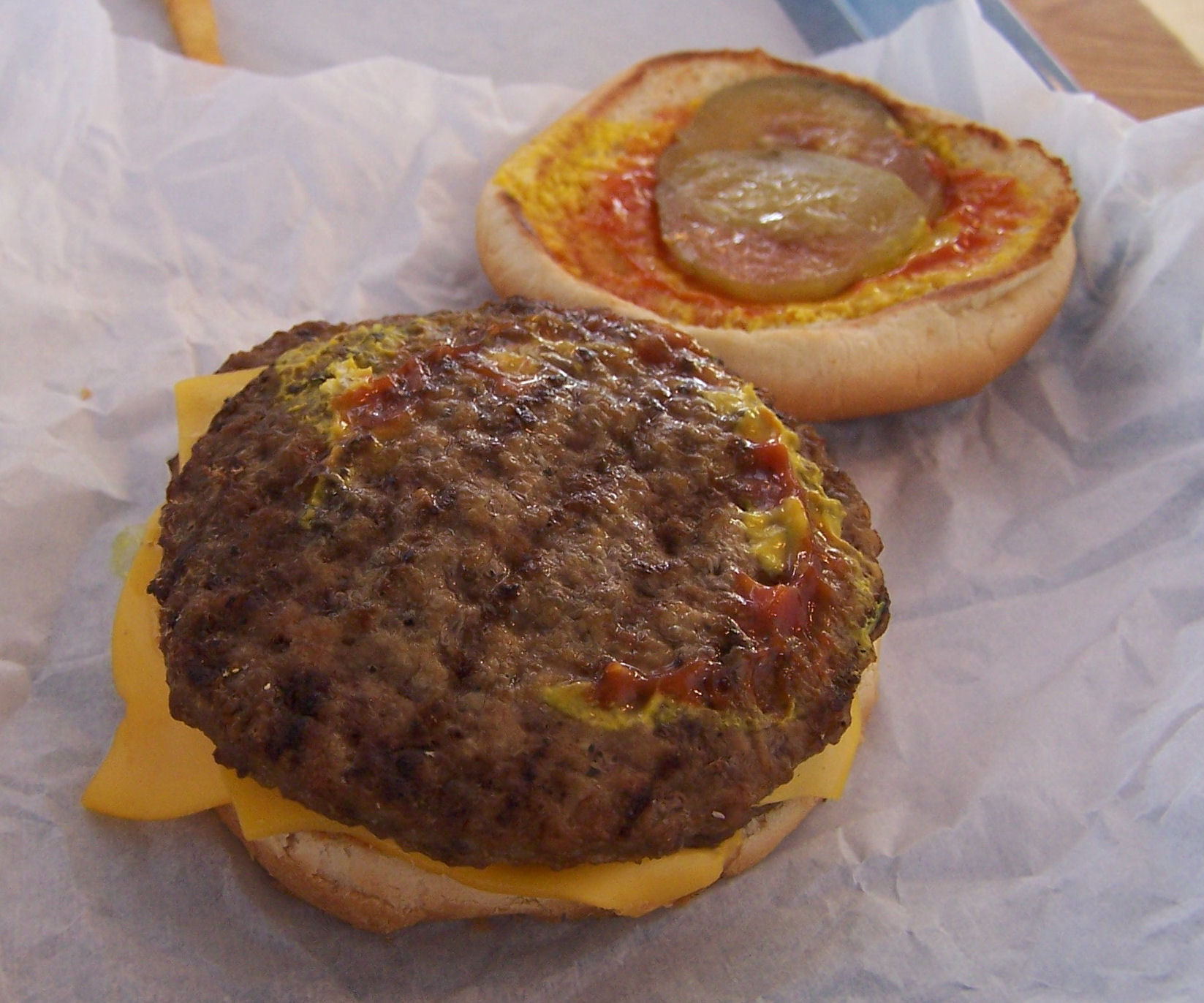 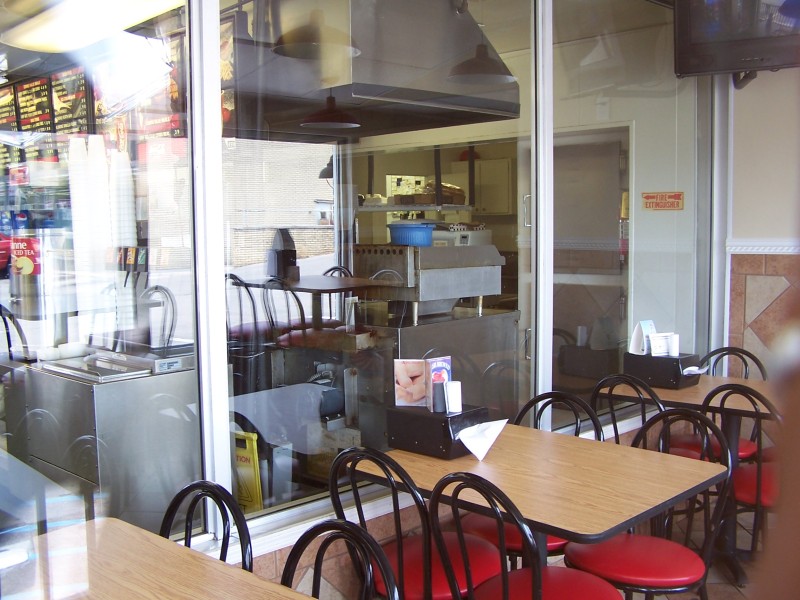 Okay, my daughter really thought I was out there when I took a picture of my sandwich, but she doesn't have any idea where or why the meat had stripes.

Burgers still cooked on an Open Flame Broiler!!!!          Bedford IN, Pleasers was still using theirs too, untill they closed.

Most bc's updated through the 70's,  lucky for us bc fans, this one avoided remodeling and now gives a walk back in time!!  Well worth the trip if your passing by Chattanooga TN,

This is 20 miles north on I-75.  Email me for directions.   They are closed on Sundays.   Below, Counter Cleaveland Burger Chef - Hamburgers were 26 cents. 1967 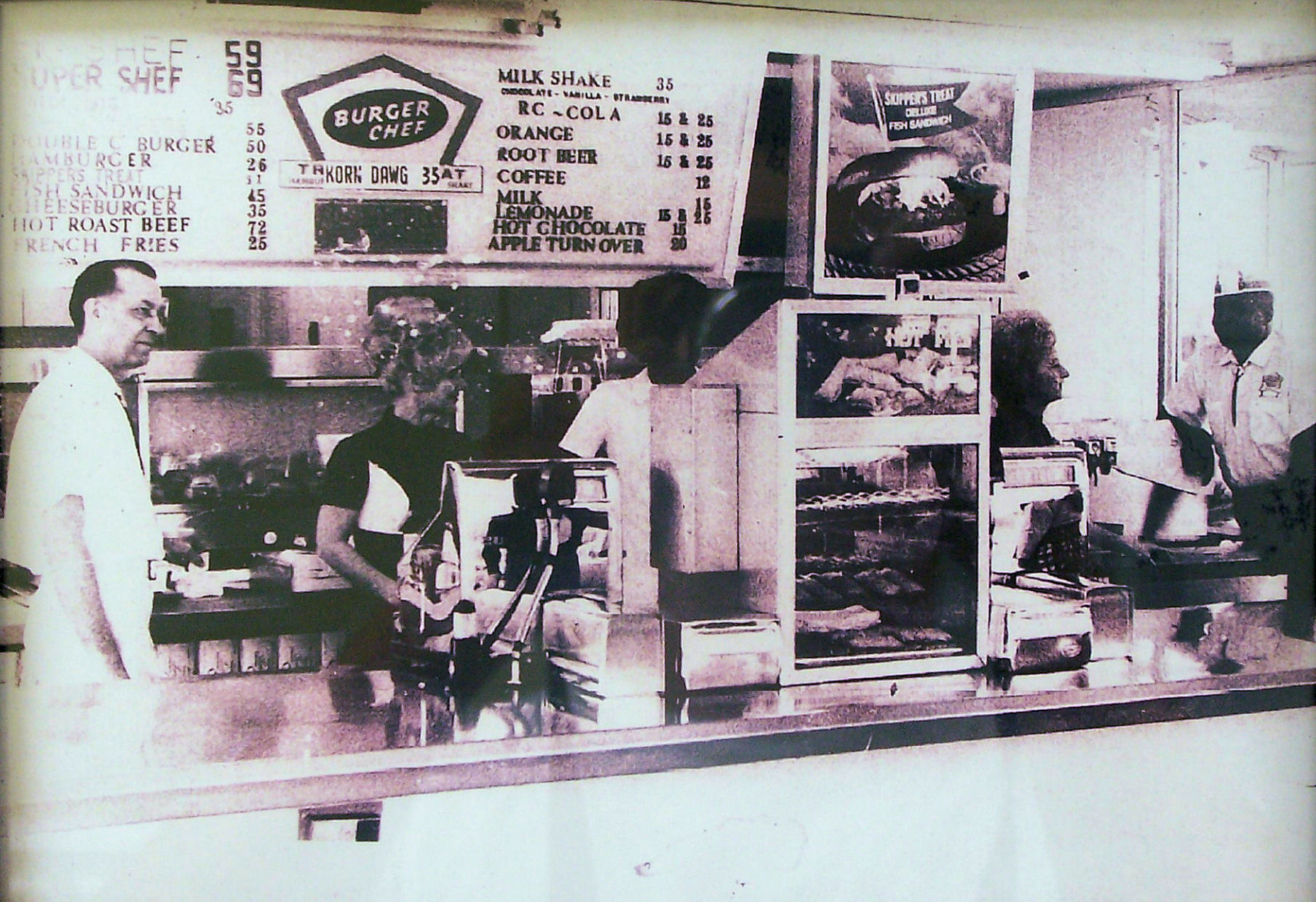 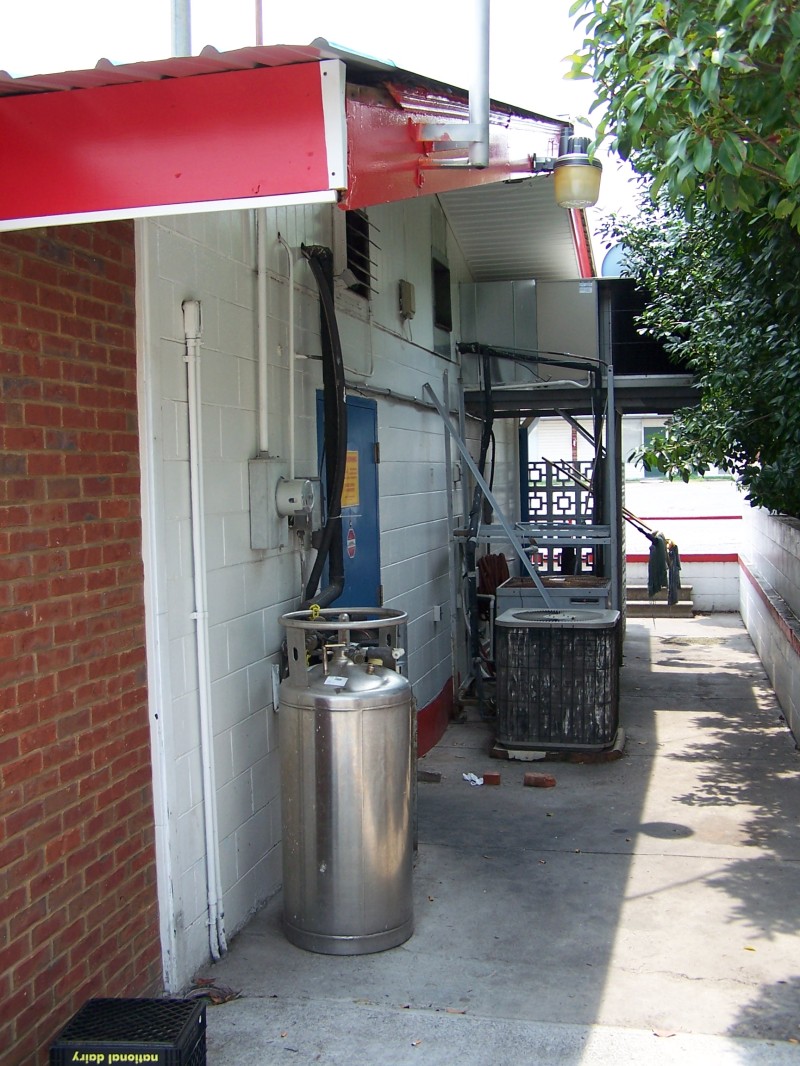