Blue Prints from The local Franchise Group in Louisville KY

above, Revised remodel plans for converting the original look to the late 60's look. 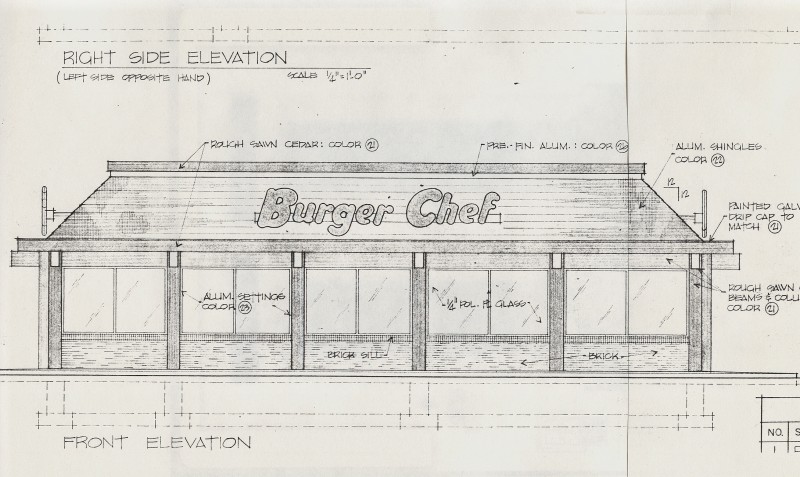 This was a final designed used until Burger Chef was sold.

New built late 70's early 80's versions had a few modifications, but were basically like this. 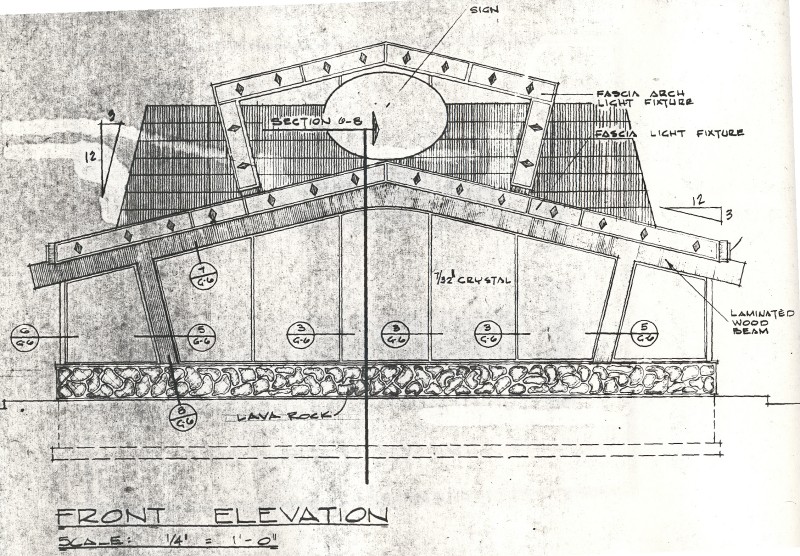 above, Front View of conversions made to early 60's model (to give it the late 60's look).

Only new built COSMO II, had lava rock upto the roof on the side/corners, and the

Fascu Light Fixtures were yellow, not the white w/orange diamonds, like above. 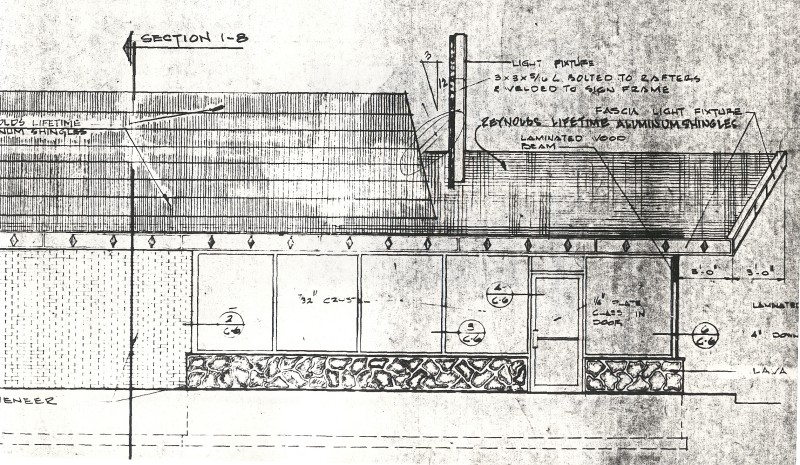 above, Side View of 1969 conversion of early built 60's bc, some older features kept

due to cost, updates to veneer were black lava rock and white brick.