Greenbriar - Indianapolis IN - GRANDOPENING about 1970 or 71

These are saved pictures from the web site burgerchef.net, which no longer is running.  The guys name was Scott Patton? The pictures are great! The logo on the roof is from the new owners General Foods, what is courious, is the building is from the 1972 or 73 designs?  This could be one of the first restaurants built using this style. The logo puts the date sometime about 1971 or 1970, but they were still building the Cosmo II, design in 1970 (open kite, blk lava rock and white brick), so I believe it is more likely late 1971, uniforms are early, about 70s....                     Since this was an Indianapolis Restaurant, it may have been company owned, not franchised, so this could have been a test of the new style designs. Red brick was added to this design later. 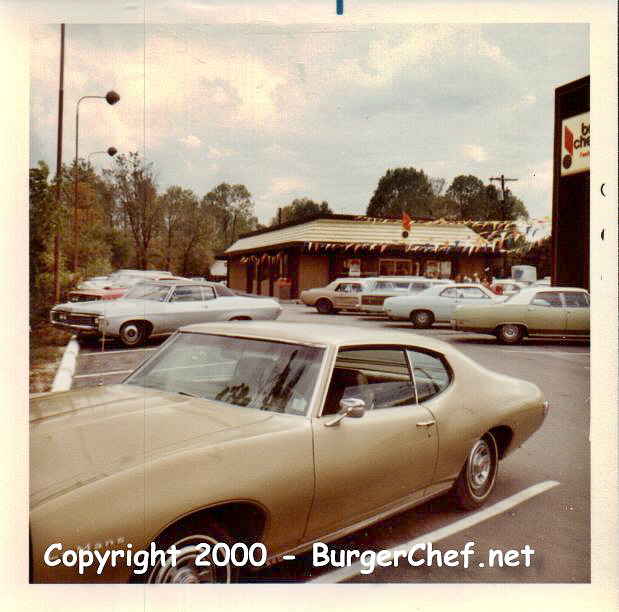 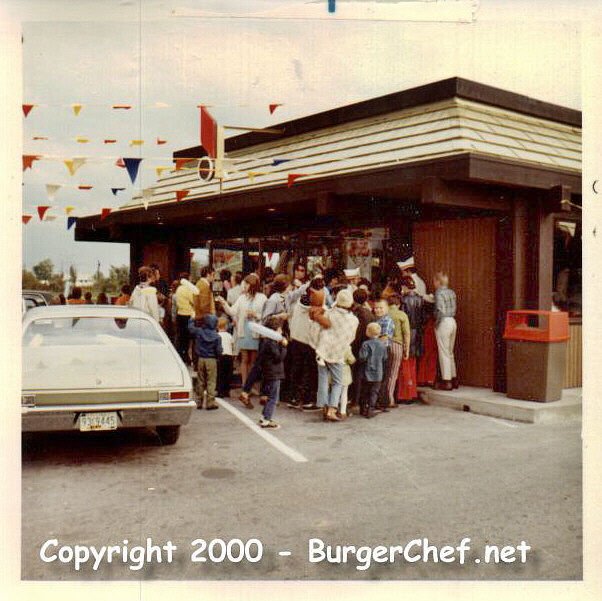 One of the first to use the large pictures above the counter.  The menu board would really reveal the year, the Funburger doesn't seem to made the scene yet, which was 1972. 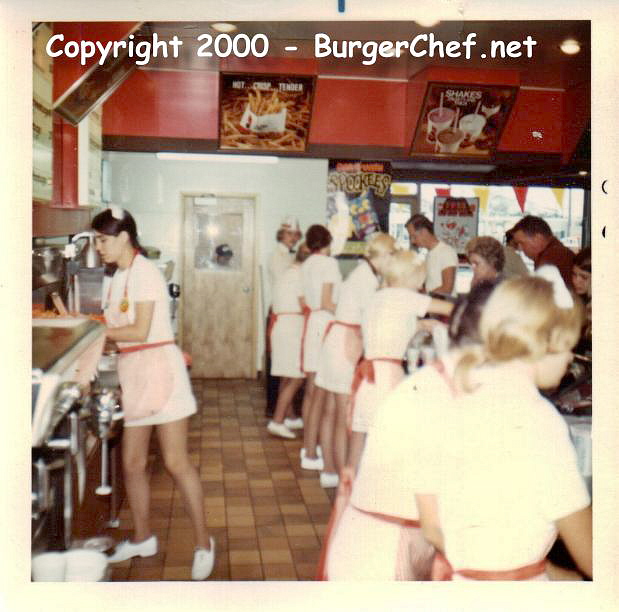 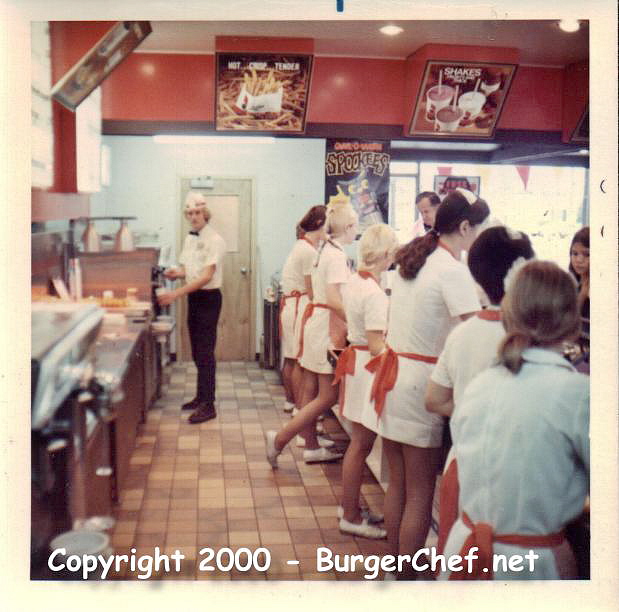 Gone is the blue tile floor used all through the 60's and early 70's.  Uniforms are late 60's, the burger and flame aprons aren't being worn here?  Sacks are 1971 era. 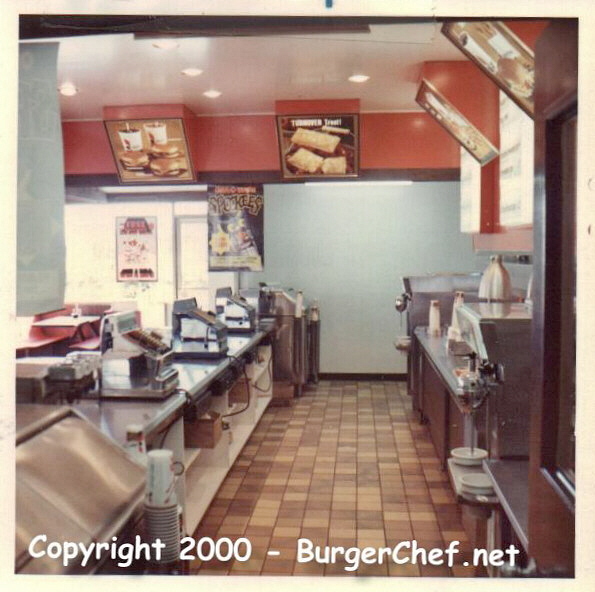 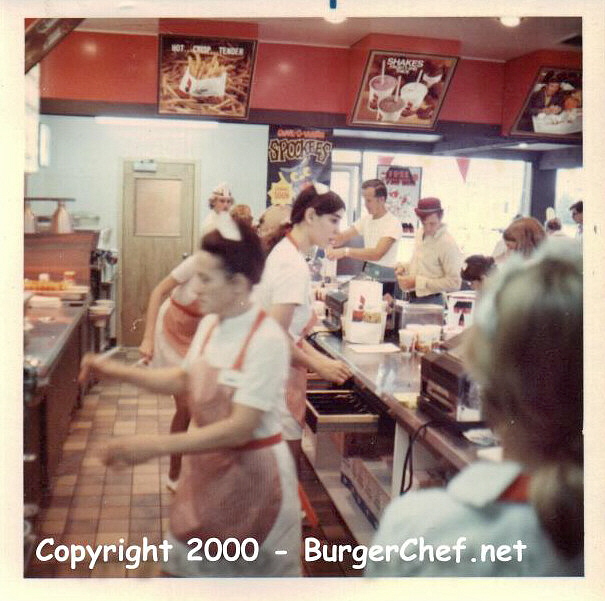 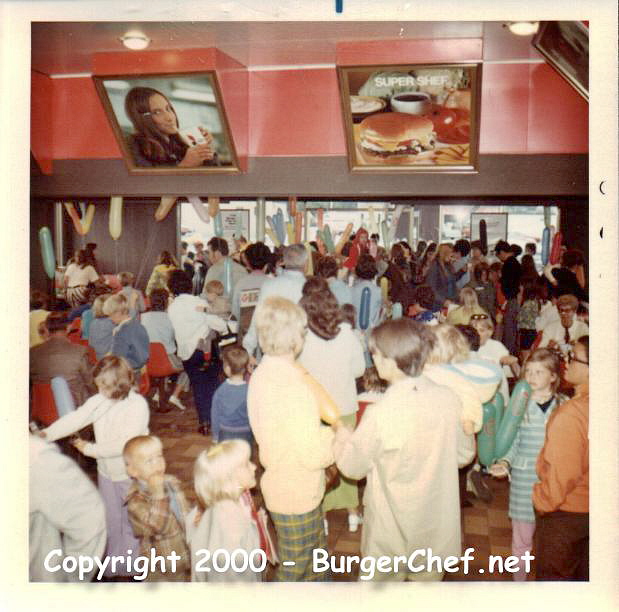 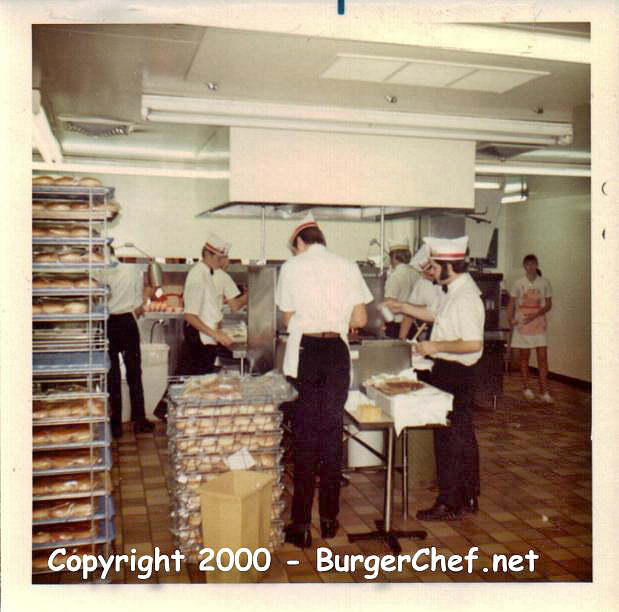 Backline picture is great, broiler is moved to center, they were in the upper left corner of backline until this. The broilers were replaced with grills about 1978 in alot of restaurants, this was to faciliate the Breakfast menus that started in the late 70's.  Some kept the broilers, like the Bedford IN bc, they were still using the broiler untill it was closed (as pleasers) in about 2002. 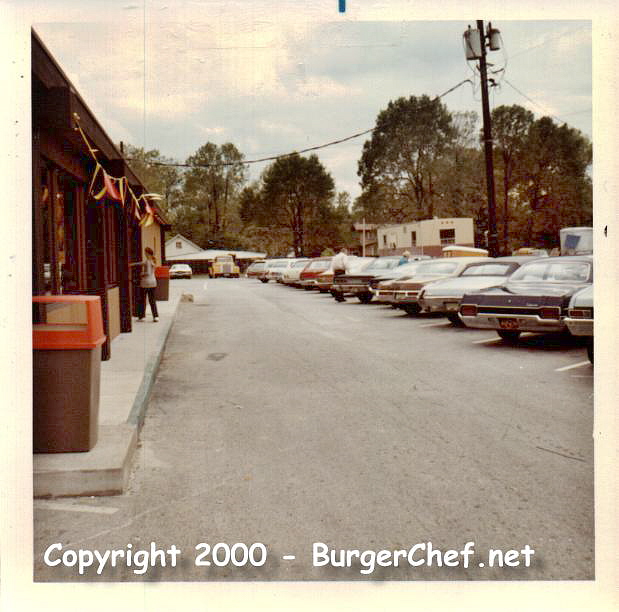 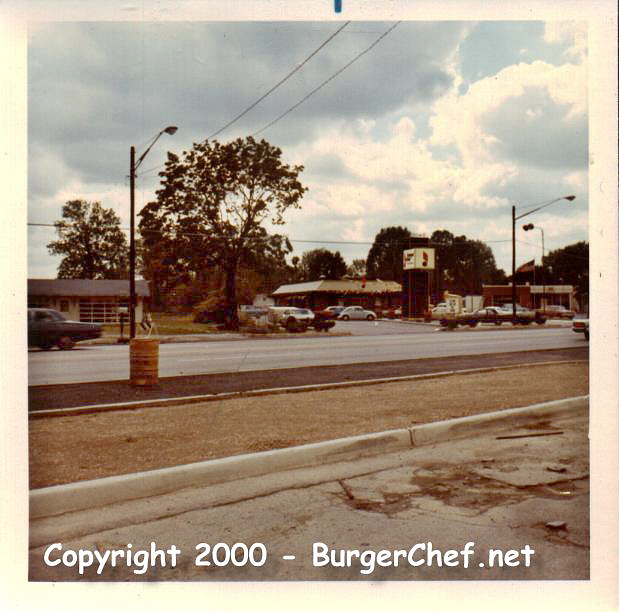 These are Great Pictures!!  If Mr. Patton doesn't want these posted here, if you will email me, I will remove them asap.

I completely understand what it means for someone to take your pictures and post them as his own?!?!

These pictures belong to Mr. Patton.