Hardees' only converted 1 restaurant in the Louisville/So. Indiana area.

This Hardees' was the New Albany, IN, 2003 Grantline Road

Hardees' opened about 1982 and remained open till about 1999. It has been torn down.

Little changed, orange paint added to wood beams.  Inside had little change too.

Hardees' brought back the Big Shef in 2001 to just a few cities.

Louisville & Southern Indiana wasn't one of them.   Indy was I think. 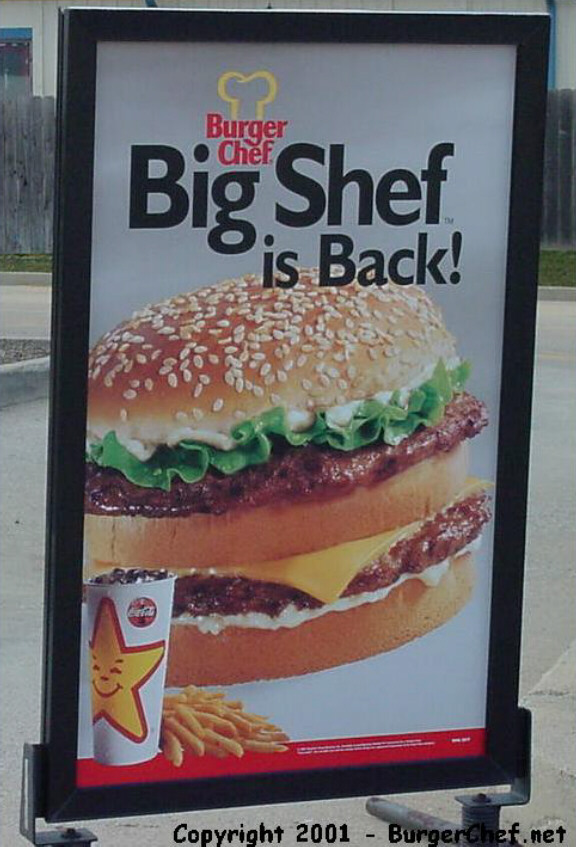 Burger Chef's last logo was put on the signs along with the trademark name "Big Shef".

Most of us Burger Chef fans thought this was the start of someting big.... guess not?

Below is an newspaper article from Scottsburg IN, Thanks Cory 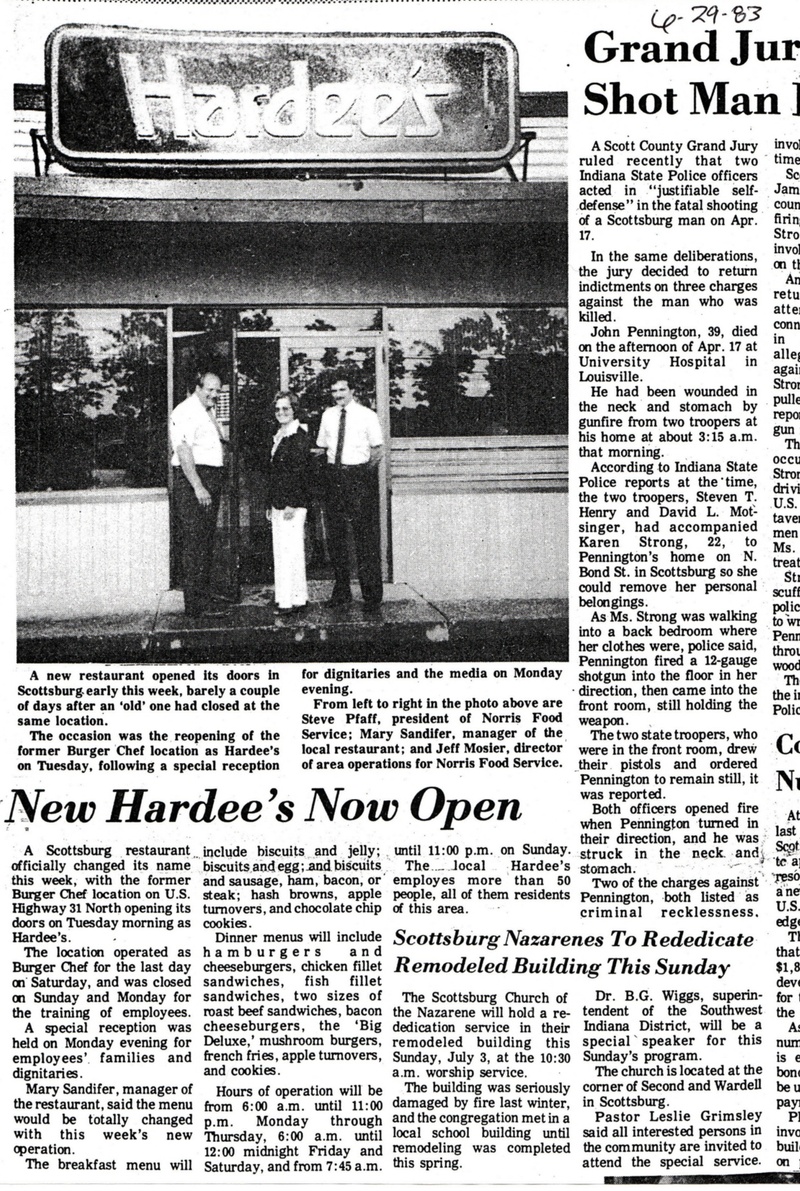